Suez Canal Authority says error may be cause of blocked ship 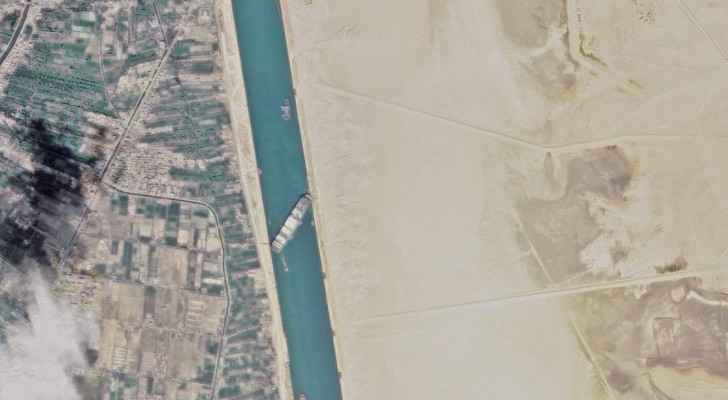 The Suez Canal Authority said Saturday that weather conditions are not the main cause of the blocked Evergreen ship that has been lodged in the canal since Tuesday.

Instead, the Authority now says a personal or technical error may have occured.

It was originally reported that the 400-meter megaship got stuck as a result of heavy winds and a dust storm.

Though the ship was partially refloated Wednesday, experts still do not know when it can be dislodged from shore, causing panic in the shipping industry.

Some say it could be weeks before ships can pass through the canal again.