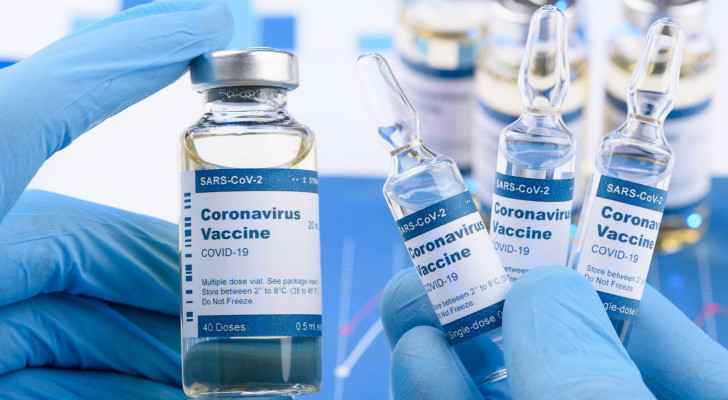 AstraZeneca confirmed on Monday that its vaccine is 80 percent effective in preventing infection in the elderly, and does not increase the risk of blood clots, after it conducted the third phase of efficacy tests in the United States.

The company said that it is 79 percent effective in preventing symptoms of Covid in the general population, while its effectiveness is 100 percent in terms of preventing severe infection and the progression of the condition to the point where the patient is hospitalized.

It is noteworthy that several countries advised against using the vaccine to vaccinate the elderly due to the absence of data related to its effect on this group in previous trials. Several countries suspended its use earlier this month, citing concerns that it could cause strokes.

The third phase of trials in the United States on the vaccine, which AstraZeneca developed in conjunction with the University of Oxford, included 32,449 participants, two-thirds of whom were given the vaccine, according to a statement by the pharmaceutical company.

About 20 percent of them were 65 and older, and about 60 percent of them had health problems linked to an increased risk for them if they contracted a covid, such as diabetes, obesity or heart disease.

Ann Fulsey, a professor of medicine at the University of Rochser who co-supervised the trials, said, “These findings reaffirm previous results observed in tests of AZD1222 (the official name for the vaccine) in the entire adult population, but it is interesting to see similar efficacy results in Among persons over the age of 65 for the first time. "

And she continued, "This analysis confirms the validity of the AstraZeneca vaccine against Covid-19 as an additional option that is urgently needed, and gives confidence that adults of all ages can benefit from the protection it provides against the virus."

The independent testing board to monitor the integrity of the data did not find an additional risk of developing blood clotting among the 21583 participants who received at least one dose, according to the statement.

Some European Union countries have resumed vaccination with AstraZeneca, after the European Medicines Agency said Thursday that the vaccine was "safe and effective" and was not linked to an increased risk of blood clots.

AstraZeneca confirmed that it is preparing to submit its findings to the US Food and Drug Administration in order to license its vaccine for emergency use.

"These results add to the growing body of evidence that shows that this vaccine is highly tolerable and highly effective against all forms of severe disease caused by Covid-19 and among all age groups," said the executive vice president for drug research and development at the company, Mini Pangalus.

He continued, "We are confident that this vaccine can play an important role in protecting millions around the world from the deadly virus."

The results also indicated that receiving the second dose of the vaccine more than four weeks after receiving the first would increase its effectiveness.