Thousands of protesters demonstrate in Occupied Jerusalem days before elections 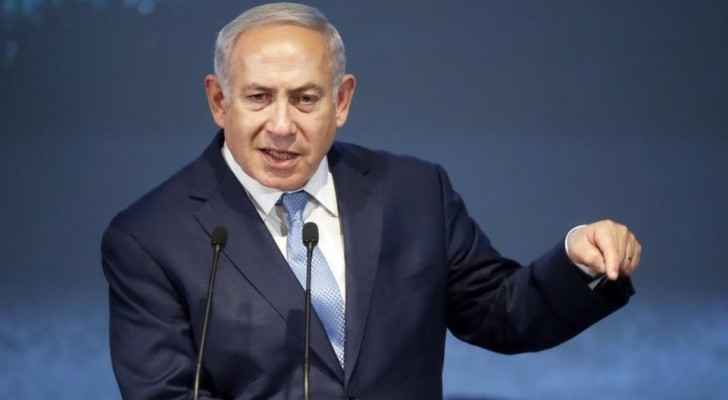 Thousands of Israeli Occupation citizens demonstrated Saturday night in Occupied Jerusalem against Prime Minister Benjamin Netanyahu, who is leading the polls, three days before the crucial legislative elections in his political career.

Since the end of June, demonstrators have gathered every Saturday evening in Occupied Jerusalem and other cities against the prime minister, accused of corruption in three lawsuits, and who is being criticized for what was considered weak support for workers who lost their jobs during the Covid-19 pandemic.

However, the 39th Saturday demonstration in front of Netanyahu's residence on Balfour Street in Occupied Jerusalem bears a special symbolism because it comes a few days before the polls open on Tuesday morning, for the fourth parliamentary elections in two years.

"This is the first time that we have come to the protests and we hope it will have an impact on those who have yet to decide who to vote," said Hagit, a young mother who demonstrated in Occupied Jerusalem.

In the demonstration, voices of vuvuzela trumpets mixed with the rhythm of hip-hop songs, Israeli Occupation flags and banners reading "Leave" and "Go Vote."

Simon came from Tel Aviv to attend the last protest rally before the legislative elections.

As dozens of buses full of protesters approached Occupied Jerusalem, he said, "I come here every Saturday. In the beginning we were between 5,000 and 10,000, then Corona broke out and the number of demonstrators dwindled. But tonight we will be more than we were at the beginning of the demonstrations."

"People will not go from right to left (tonight), but this event is important because he says, 'Go vote, don't be silent,'" he said, standing next to his girlfriend Orly, who, like him, used to come to protest against the prime minister.

"I have been demonstrating here for five years. Now the elections have come and it is a matter of life and death for us," says Orly, who put on a muzzle that reads "The Minister of Crime" in red, referring to Netanyahu.

The last three elections have produced close results for Netanyahu and his opponent, former army chief and centrist Benny Gantz.

In the last elections, Gantz decided to ally with his political rival to form a government of "unity and emergency" to confront the health crisis, but it lasted only a few months.

Gantz’s political stardeom has faded since then, and Benjamin Netanyahu, who is 71, has spent the last 12 of them in power, mainly facing the centrist Yair Lapid and the right-wing Gideon Saar, who defected from Likud to form his own party, in addition to the right-wing extremist Naftali Bennett.

The latest opinion poll, published in the Israeli Occupation press on Saturday, gives Likud 30 of the 120 Knesset seats. In return, it would give Lapid's party about 20 seats and 10 each for the Bennett and Sa'ar parties.

Benjamin Netanyahu is still leading the results of opinion polls, but it is likely that he will not find allies to form a government.

The latest poll suggests that Netanyahu's Likud party will win about 50 seats with its allies from the religious right, a number lower than the necessary threshold (61 seats) to form a government.

Likewise, the polls do not suggest that Lapid and the parties hostile to Netanyahu will hold a majority in parliament.

A large part of the election campaign took place in light of health restrictions, which prevented the organization of large party rallies. Although the candidates doubled their presence on radio and social networks, no televised debate was organized.

In an attempt to settle the political duel, Yair Lapid invited Netanyahu to hold a debate in front of him on Saturday evening, and said in a statement that "Israeli public opinion deserves a debate. It deserves answers (...). The studios are ready, the supervisors are ready and our platforms await us."

Aoun calls for experts to demarcate ....