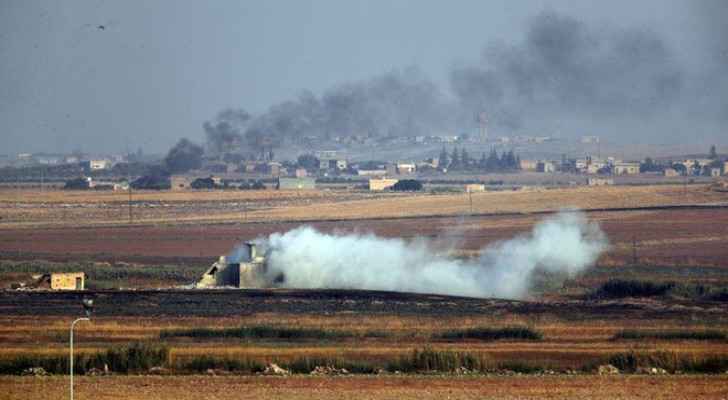 Turkish warplanes launched raids Saturday night on an area controlled by Kurdish forces in northern Syria, the first in 17 months, according to the Syrian Observatory for Human Rights.

The observatory said, "A Turkish warplane targeted military sites of the Syrian Democratic Forces in the village of Saida in the countryside of Ain Issa, north of Raqqa."

The director of the observatory, Rami Abd al-Rahman, told AFP that this was "the first Turkish air strikes since Operation Peace Spring" launched by Ankara and pro-Syrian factions in October 2019 against the Syrian Democratic Forces in northern Syria.

This process, which was halted after two agreements negotiated by Ankara with Washington and then with Moscow, allowed Turkey to control border areas with a length of about 120 km and a depth of 30 km.

However, Ain Issa and its environs remained in the hands of the Kurdish forces.

These raids come at a time of raging battles on the outskirts of this strategic area, according to the observatory.

"The clashes have been going on between the two sides for 24 hours ... Turkish forces have so far failed to make progress, while the Syrian Democratic Forces have managed to destroy a Turkish tank," Abdel-Rahman told France Press.

Ankara considers the Kurdish People's Protection Units (YPG) (the backbone of the Syrian Democratic Forces) an extension of the PKK, which Turkey and its Western allies classify as a "terrorist" organization.

But these Kurdish forces were also the spearhead of the battles with Daesh in Syria, with the support of the international coalition led by Washington.

Since 2016, Ankara has carried out three military operations to stop the regional expansion of the Kurdish People's Protection Units (YPG) in northern Syria, targeting Daesh and Kurdish fighters.

Ankara took control of more than 2,000 square kilometers in northern Syria, especially the city of Afrin, one of the Kurdish Autonomous Administration regions declared in 2016.

The Turkish military operations targeting the People's Protection Units (YPG) have strained relations between Ankara and some Western countries, especially the United States and France.