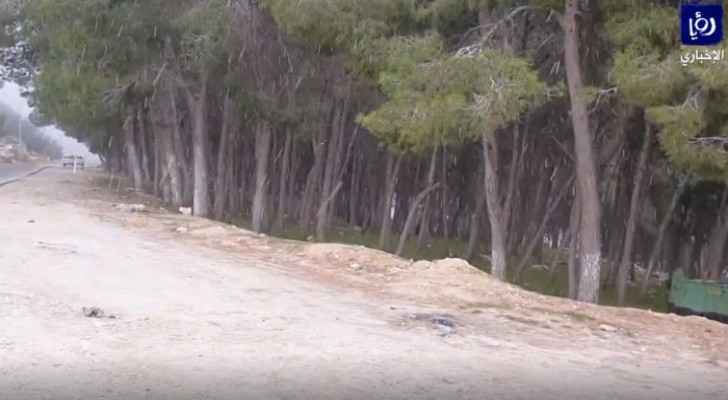 Thursday, the Rashidiyah region and the Bseira region, Tafilah (which is 1,600 meters above sea level), witnessed intermittent snowfall.

The Kingdom is increasingly affected by a depression which is accompanied by a cold air mass, resulting in a clear decrease in temperatures.

The weather is cold to very cold over the mountainous heights, with the appearance of clouds at different heights and showers of rain in several areas of the north and central parts of the Kingdom.

Rain may extend towards some southern and eastern regions, with rains varying in intensity. Rains may be heavy and mixed with hail at times, which will be especially prevalent over mountainous heights exceeding 1,200 meters above sea level, especially in the morning.

Notably, fog will form over mountainous heights, with moderate to active westerly winds.