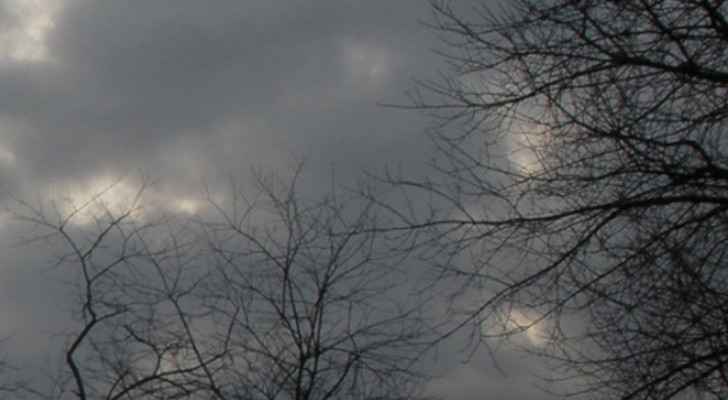 Monday, there is a slight rise in temperatures, and the weather will be cold in most regions of the Kingdom, and pleasant in the Jordan Valley, the Dead Sea and Aqaba.

There is a weak chance in the early morning hours of light showers of rain in limited parts of the Kingdom.

According to the Jordan Meteorological Department (JMD), there will be another rise in temperatures tomorrow, Tuesday, and the weather will be sunny and relatively cold in the highlands, and warm in the Jordan Valley, the Dead Sea and Aqaba.

On Wednesday, the weather will be cold in most regions of the country, and with the evening hours, the Kingdom will be gradually affected by a cold and humid air mass coming from an air depression centered on the island of Cyprus, which will increase the amounts of clouds and rain in the north and center of the Kingdom as well as limited parts of the southwestern regions.

Late Wednesday night, light showers of snow mixed with rain are expected for a limited period over the high southern mountains.

Additionally, on Thursday, temperatures are expected to drop significantly, and the weather will be cloudy, with rain falling from time to time in several regions of the country, and the opportunity remains in the early morning hours for light showers of snow mixed with rain for a limited period over the high southern mountain peaks.