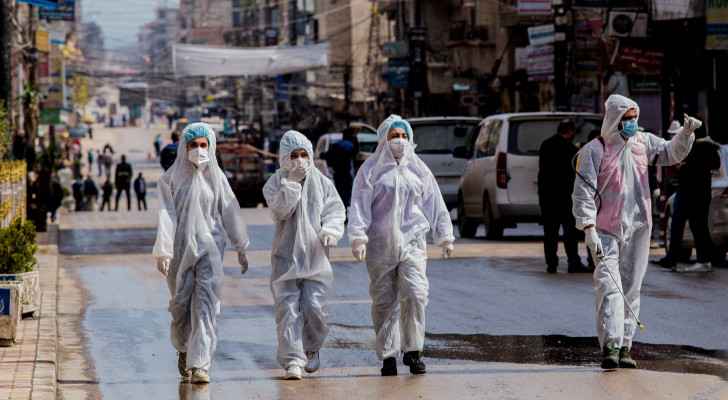 The Syrian Minister of Health, Hassan Al-Ghobash, announced Thursday that the country's vaccine campaign will start next week with medical staff working on the front lines.

He said his country received vaccines from a "friendly country" he did not name.

"Al-Watan" newspaper, which is close to Damascus, stated that the vaccines are produced by China.

According to data from the Ministry of Health, 6.7 percent of the confirmed cases in Syria are asymptomatic, while the rate of confirmed infection among health workers is about 3.6 percent, according to Al-Ghobash.

Since the start of the outbreak, the authorities have counted 15,343 cases in their areas of control, including 1,001 deaths, while the Kurdish Autonomous Administration in the northeast of the country has detected nearly 8,600 cases, including 313 deaths. The factions' control areas in Idlib and its environs (northwest), where hundreds of overcrowded camps are spread, have recorded more than 21,000 cases, including 408 deaths.

Doctors and organizations believe that the infection numbers in Syria are much higher, for several reasons, including limited testing capabilities.

Last month, the Syrian government signed an agreement to join the COVAX initiative through the World Health Organization. Also, the Syrian embassy in Moscow announced on Monday that Syria had authorized the use of the Russian Sputnik-V vaccine on its soil. No party has announced when the vaccines will arrive in Damascus yet.

The first batch of vaccinations will reach the areas controlled by the fighting factions in Idlib next month, according to the World Health Organization and Agence France-Presse on Tuesday, while the Kurdish Autonomous Administration has not yet reached an agreement in its discussion with the WHO.

The COVAX platform seeks to secure vaccines for at least 20 percent of Syrians until the end of this year.

Human Rights Watch have stressed the need to support international relief groups in order to ensure a wider and more equitable distribution of vaccines throughout Syria, including in areas outside the control of the government.

"Those who supply Syria with vaccines should do their utmost to ensure that Corona vaccines reach the most vulnerable, regardless of where they are in the country," said WHO Syria researcher Sarah Al-Kayyali.

About ten years of devastating war drained all sectors in Syria, including the hospital sector, and forced 70 percent of medical staff to leave the country. The war caused the deaths of more than 387,000 people and displaced more than half of the population inside and outside the country.