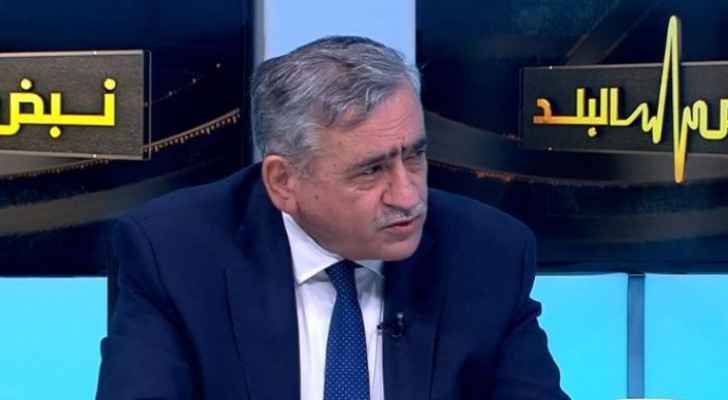 The Minister of Health Nathir Obeidat Monday said imposing a total lockdown is not an option and spoke about the latest developments regarding the COVID-19 situation in Jordan.

During an interview with Roya's Nabd Albalad, he said the Kingdom has been witnessing an increase in the number of coronavirus cases and daily positive PCR test results. He pointed out Jordanian hospitals are still far from overwhelmed and the admission rate has not exceeded 20 percent.

He said the increase in the number of cases is due to the new COVID-19 strains, which are more transmissible than others. He noted that the mutated, variant which was discovered in Britain, has become the most common in the Kingdom, especially West Amman.

The rate of positive PCR test results in Amman stood at 14 percent, while the rate of infections linked to the mutated variant (that was discovered in Britain) stood at 85 percent.

The minister stressed that the government is intending on making important decisions in the next 48 hours, based on scientific evidence. Isolating neighborhoods and governorates are out of the question, he said.

He said it is too early to talk about imposing any COVID-19 restrictions during the holy month of Ramadan.

The minister said that the percentage of compliance with health and safety measures in Jordan is below what is required.

The minister revealed that 240 nurses have been appointed to follow up with coronavirus patients in their homes, indicating that those who violate home quarantine will be transported to hospitals for the remainder of the isolation period, at their own expense.