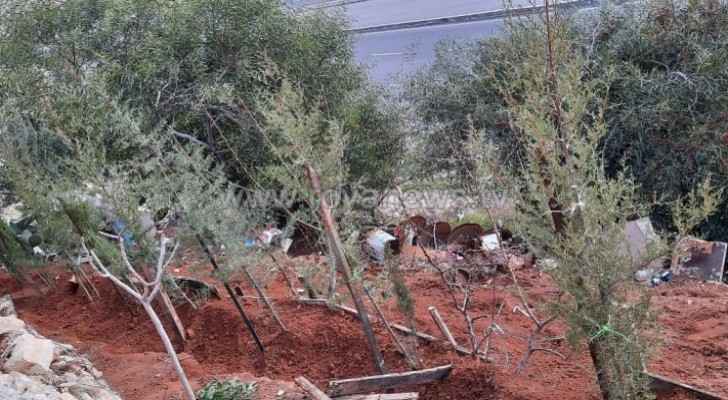 Thursday, the Minister of Agriculture Mohammad Daoudiyeh said during his sponsorship of the Hashemite University's celebration of the Tree Festival that the ministry produces about two million forest trees annually within its nurseries spread across all governorates of the Kingdom, where they are distributed free of charge to public and private institutions, as part of its approach to increasing the Jordan's green footprint.

The ministry planted 500 diverse forest trees commensurate with the region during the festival.

Daoudiyeh noted that preserving trees and remaining sustainable directly effects the Jordan, and its environment.

In the presence of two representatives Ahmed Al-Khalaileh and Omar Al-Zyoud, the President of the University, Fawaz Al-Zboon, and a number of members of the academic and administrative bodies at the university, Daoudiyeh explained that Thursday's celebration represent an enhancement of the spirit of volunteer work and an embodiment of the shared responsibility between the various official and civil bodies to preserve trees.

Al-Zboon said that the festival is closely related to the continuous development of the Kingdom, pointing out that the Hashemite University systematically instills in the minds and hearts of its students the concepts of leadership, initiative and volunteering to contribute to creating the future generation.

He pointed out that the Hashemite University, since its inception, has been keen on its interest in agricultural, especially seeing as Jordan is a desert region which requires setting plans and strategies to expand the green footprint. He added that the university has allocated specialized areas on dry lands, which include natural and environmental resources through the Prince Hassan College of Natural Resources, Environment and Agriculture Division of the university to increase the green space in the university.