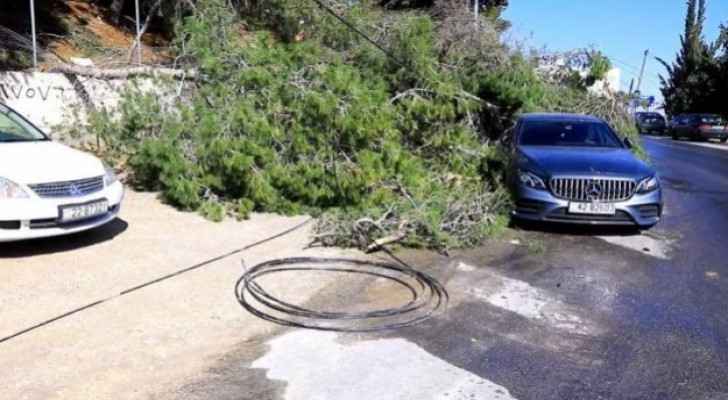 The spokesperson for the Greater Amman Municipality (GAM) said that the municipality’s personnel removed 95 percent of trees that were broken during the snowstorm.

He said that the trees were distributed to six areas to be disposed of.

Three days after the snowstorm, citizens complained about piled up snow and broken trees on the streets across the capital Amman.

Roya had captured footage that showed cables and exposed wires on the streets on the outskirts of Tabarbour, along with piles of snow scattered across roads.