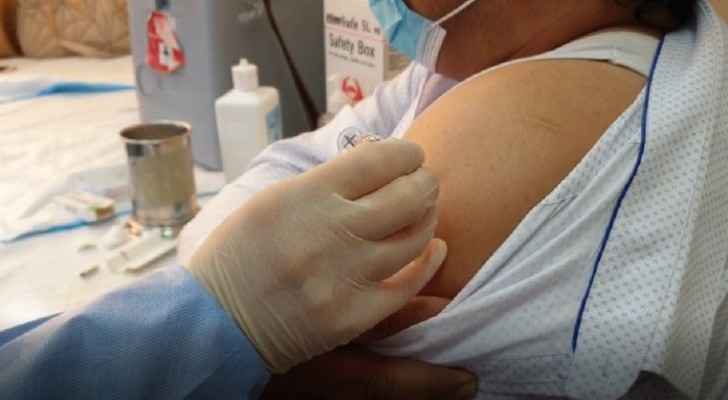 A National Center for Security and Crisis Management member Ola Haddad, said that the aim of the service is to reduce time spent at a center and provide comfort for citizens, while taking into account those with special needs and the elderly. In turn, she added that the drive-thru will help reduce pressure on centers, pointing out that this service is experimental and after its success it will most probably be established in more than one site.

Earlier today an unidentified teenager was stabbed to death following an altercation between a group of teenagers in Jabal Al-Zuhoor in Amman. The victim was immediately transferred to the nearest hospital. However, he died shortly after. Authorities were able to arrest eight of those involved in the incident, including the perpetrator responsible for stabbing the victim.

Yesterday, a flight attendant Sheena Marie shared a video on TikTok explaining what happens if a person dies in the sky. She said dead passengers are usually left where they are, as flight attendants are not permitted to move the body of the deceased. If there is enough space on board, such as a row of seats which are completely empty of passengers, then the body can be moved there and "covered with a blanket," adding that the body needs to be buckled or strapped in for safety.
She said that flight attendants will take an individual's pulse to confirm that they have passed away prior to moving the body to an empty row if there is room. Once the plane lands, doctors get on the plane to examine and remove the deceased. Interestingly, when a death occurs on a plane, it is not officially announced until the plane lands, as only medical professionals can determine the time of death.

Investigators in the Sriwijaya plane crash off the coast of Indonesia last month said in a preliminary report Wednesday that they had detected a "malfunction" in the plane's automatic control devices.
The plane fell 3,000 meters in less than a minute on Jan. 9, before disappearing in the Java Sea minutes after takeoff, with 62 people in it.

"The automatic control devices showed a malfunction" and had been repaired in the days before the accident, Norsahyo Otomo, an investigator with the Indonesian Transportation Safety Agency, told a press conference.
"The control device to the left was in an unnatural rear position, while the one to the right was stuck and never moved," the same official explained.

The plane's maintenance documents show that these controls were reported to be defective and had been repaired twice in January prior to the accident, investigators confirmed. Its crew did not issue any alarms and did not report a technical problem prior to the accident. The search continues to find the second plane's black box that contains the recordings in the cockpit.

Temperatures in the Kingdom are set to fluctuate above their usual average for the next couple of days. Tomorrow, temperatures in Amman will range between 18 degrees Celsius during the day and 8 degrees at night.