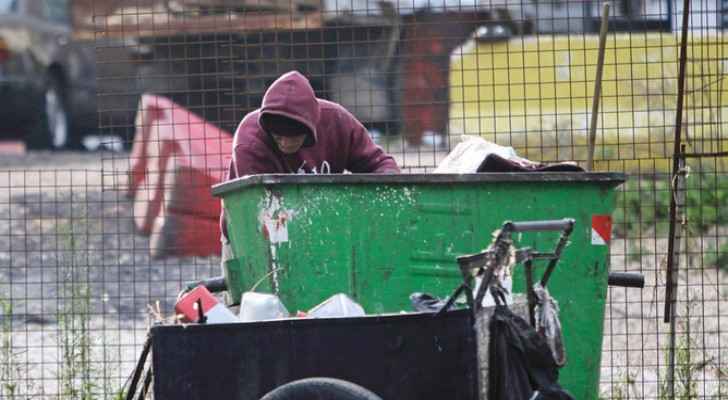 Monday, the Lebanese Ministry of Economy raised the price of a bag of bread by 20 percent, despite the country's continuing economic crisis that has stifled the ability of citizens to buy basic necessities.

The Minister of Economy in the caretaker government, Raul Nehme, announced Monday that the decision was made "due to the continuous and sharp rise in the price of wheat on the global stock exchange and the high exchange rate of the dollar, and in order to preserve food security."

This is not the first time that the Ministry of Economy resorted to raising the price of bread in light of the worst economic crisis in Lebanon since the fall of 2019, which led to the loss of the local currency more than eighty percent of its value against the dollar in the parallel market, while the official rate is still the same.

Prices rose by 144 percent, according to estimates by the International Monetary Fund. And more than half of the population lives below the poverty line. Tens of thousands have lost their jobs and income sources.

The strict general lockdown measures to combat the coronavirus, which continue until the eighth of this month, have raised fear for the fate of families in a country where daily workers constitute nearly half of the workforce, according to the Ministry of Labor.

Monday, the Food Importers Association said that "the difficult conditions Lebanon is going through, starting from the financial and economic crisis and the scarcity of foreign currencies, leading to the general closure ... has relaxed its weight on the sector and increased the challenges and difficulties faced by importing companies."

And she warned that these factors and their repercussions would "lead to a shortage of food stocks by about half, or more," in a country that imports about 80 percent of its food needs.

Friday, the Ministry of Finance and the World Bank signed an agreement to provide emergency aid to Lebanon amounting to 246 million dollars in the form of financial transfers and social services for 786,000 Lebanese living below the poverty line.

Last week, the city of Tripoli, the poorest in Lebanon, witnessed protests for several days against the closure measures that doubled the suffering of the Lebanese, including confrontations with the security forces, which resulted in hundreds of injuries and the death of a young man.

In light of the dwindling of the central bank’s dollar reserves, the authorities have been studying for months to lift subsidies on the import of basic materials, which are wheat, medicine and fuel. The subsidies were supposed to be lifted at the end of 2020, in a move analysts warn of "inflationary effects" that would result from them.