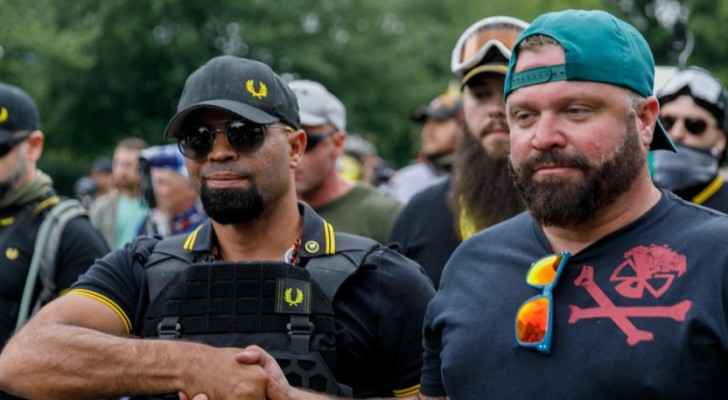 The Canadian government recently announced that its security services are closely monitoring this group and gathering the necessary evidence to include it on its blacklist.

Commenting on the House move, Mary-Lise Bauer, spokeswoman for Public Security Secretary Bill Blair, said, "Such lists send a clear message that Canada will not tolerate acts of violence."

"When an entity is listed on the list, financial institutions freeze its assets and it becomes a criminal act to knowingly deal with assets on the list," she added.

The memo presented by the New Democratic Party (left) urges the liberal Trudeau government to “use all means at its disposal to counter the spread of hate-motivated white supremacist groups, starting with the designation of the Proud Boys as a terrorist entity” in Canada.

The Proud Boys group, which advocates the supremacy of the white race, was founded by a Canadian citizen who soon distanced himself from it.

Several members of this group were among supporters of former US President Donald Trump who stormed the Capitol building in Washington on Jan. 6.

Two days before the storming of the Capitol, the US police arrested the commander of this militia, Enrique Tario.

There are dozens of banned organizations in Canada, including Al Qaeda, Hezbollah, the Taliban and Daesh.

Elderly woman in Canada pleads for ....