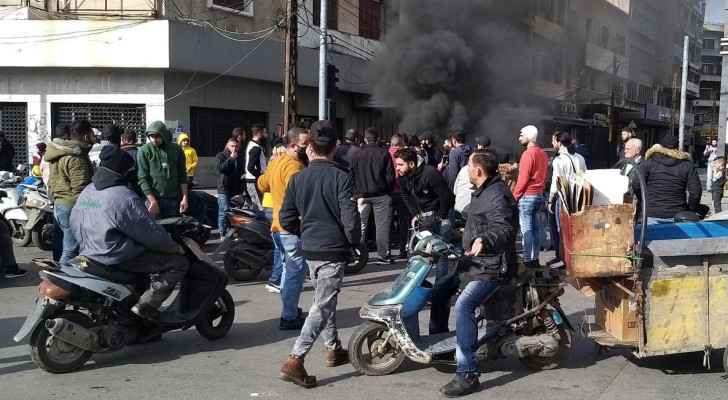 Monday evening, clashes erupted between young people protesting against the decision to extend COVID-19 lockdown and security forces in the city of Tripoli in northern Lebanon, according to the National Information Agency, causing more than 30 people to be injured, the majority of them lightly.

It was not clear whether the move was spontaneous or a specific party called for it.

The city has witnessed similar protests against strict general lockdown measures to limit the spread of the coronavirus, but it they've limited and have not developed into confrontations with security forces.

The National Agency reported that "a number of protesters threw stones at the Tripoli Brigades, in protest at the general closure and the seizure records written against the violators, and the stifling economic crisis."

The protests later developed into confrontations with the security forces.

The Lebanese Red Cross reported that more than 30 people were injured, six of whom were hospitalized.

The percentage of compliance with the general closure procedures in Tripoli is limited, which prompted the security forces to intervene several times to issue arrest warrants against violators.

Despite the decision to close, popular markets have kept their doors open in the city that is considered the poorest in Lebanon. More than half of its residents live at or below the poverty line.

Until Feb. 8, Lebanon has implemented a strict general closure that includes a round-the-clock curfew, in light of an unprecedented jump in the number of cases and deaths since the beginning of the year.

So far, Lebanon, which has a population of six million, has recorded 282,249 cases, including 2,404 deaths. The cases have ravaged Lebanese hospitals, almost all of which are at capacity.

The increasing outbreak of the virus comes at a time when Lebanon is witnessing its worst economic crisis, which has doubled poverty rates, prompting several economic bodies to object to the restrictions of closure.

The rate of cases increased in a record manner after the government allowed clubs and bars to open their doors before Christmas and New Year, in an attempt to revive the collapsing economy, despite warnings of the health sector.

Last week, the World Bank announced the allocation of 34 million dollars to finance Lebanon's access to vaccines. The first shipment of the Pfizer-Biontech vaccine is supposed to arrive next month.