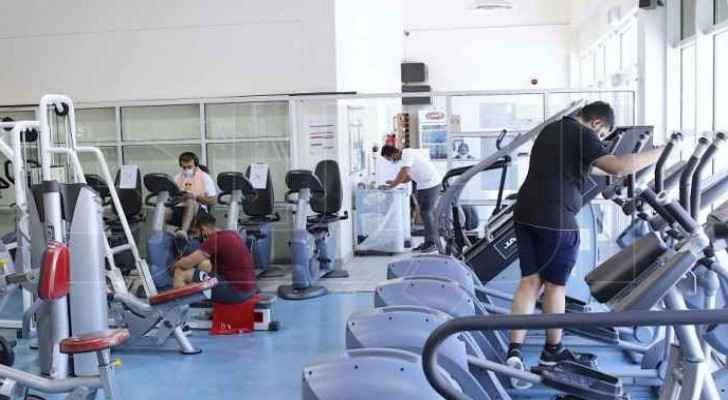 A number of gym and sports club owners from accross the Kingdom Monday called on the government to allow them to reopen. They said the time has come to reconsider the decision to shut them down, especially since there has been a noticeable improvement in the pandemic's curve in the Kingdom.

Representatives added that their sector is one of the most committed to health and safety measures. Trainers and establishment owners stressed the importance of exercise in strengthening immunity and fighting diseases including coronavirus.

The spokesperson for the Taekwondo Federation Faisal al-Abdallat said approximately 150 centers are all still closed, causing great damage and affecting the lives of 450 coaches and assistant coaches.

Abdallat pointed out that before closures, the federation imposed tight controls on all centers to ensure compliance with preventive measures. The Olympic Committee also followed up on commitments to medical protocols.

Two karate coaches Muhammad Afana and Shadi al-Najjar said the continued closures have caused a lot of damage to  them and led to the accumulation of debts.

An owner of a fitness center in Amman Nael Oweimer said many families have been affected by the decision to shut them down, as they no longer have a source of income.

Staying fit during Ramadan: the healthy way to do it

Staying fit during Ramadan: the healthy way to ....

Staying fit during Ramadan: the healthy way to ....

Staying fit during Ramadan: the healthy ....