PLO has not searched for replacement for Erekat: officials 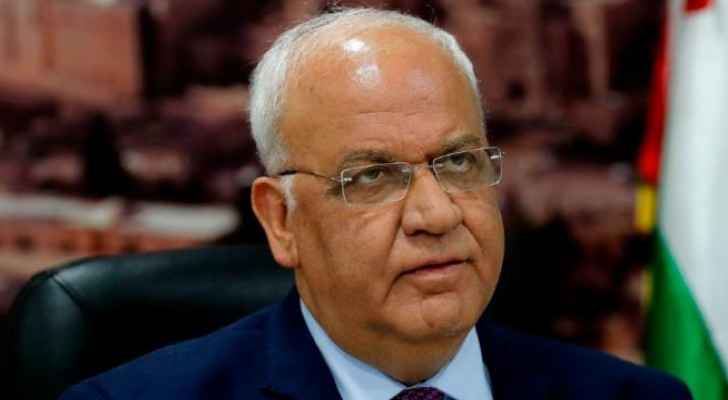 A Palestinian official in the Palestine Liberation Organization stated that the position of secretary of the organization’s executive committee is still vacant despite 42 days passing since the death of the chief Palestinian negotiator, Saeb Erekat.

The organization’s official indicated that it is not necessary for the future secretary of the organization to chair negotiations, as was the case with Erekat.

Erekat, who is close to Mahmoud Abbas, suffered for years from pulmonary fibrosis, and in 2017 he underwent a lung transplant in a hospital in the United States.

The position of Secretary of the Executive Committee of the Palestine Liberation Organization is considered an important center in the Palestinian political system.

Erekat was responsible for negotiations with the Israeli Occupation since 1993 after the head of the negotiating delegation, Haider Abdel Shafi, resigned, and Erekat continued to do so until his death, although the negotiations were officially stopped in 2014.

The role of secretary-general and chief negotiator

A member of the organization's executive committee, Ahmed Majdalani, ruled out soon resuming negotiations with the Israeli Occupationm, noting that the administration of US President Joe Biden had not put the Palestinian issue on its agenda.

Majdalani said, "Of the eight priorities at Biden's table, the Palestinian issue has not been put forward. Talk of close negotiations is nothing but illusions."

The Israeli Occupation is facing internal crises that are heading towards the collapse of the coalition government, with the fourth election in two years on the horizon.

Javier Abu Eid, one of the actors in the negotiation office, who has worked at length with Erekat, told France: "I have no knowledge of the new personality to run the negotiations circle."

About a month ago, the Palestinian Authority resumed all forms of coordination with the Israeli Occupation, including security, after it cut it off last May.