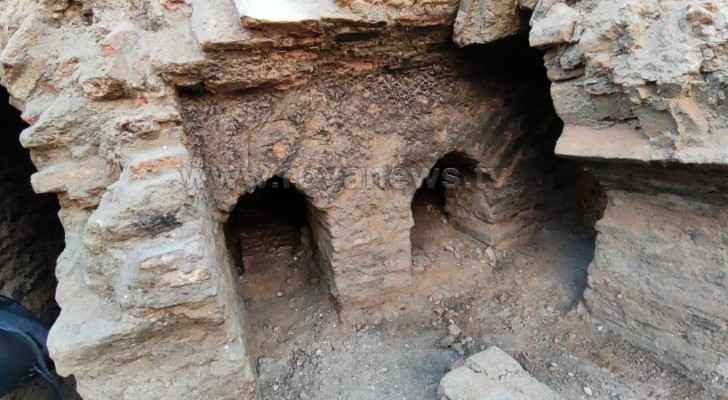 The site, which is opposite the Roman amphitheatre, was found whilst authorities were installing a water drainage system to control the frequent water floods which have caused damage to shops and architectural sites in the city center.

Among the remains found were second-century tiled Roman baths with heated cellars, and a crematorium.

The sites were, from 1964 to 1971, completely submerged by the ‘Amman River,’ which was a body of water spanning from Ras Al Ain to Ain Ghazal, feeding into the Zarqa River.

Running parallel to Downtown Amman, the river, which usually flooded surrounding areas during winter months, was completely covered and paved over as Amman grew.

He said the Department of Antiquities strives to find suitable solutions that preserve archaeological remains whilst meeting the needs of the current infrastructure goals.