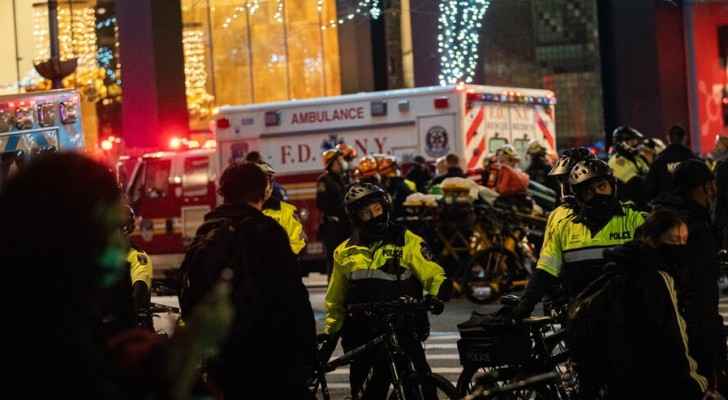 Friday, a woman in New York rammed her car into protesters demonstrating against the conditions and detention of undocumented immigrants on hunger strike, police and witnesses told AFP.

The immigrants are being held by the US’ Immigration Customs Enforcement (ICE).

The New York Police Department told AFP that a number of the wounded were taken to several city hospitals.
"The wounds do not seem to threaten the lives of the victims," a police spokesman said.

According to witnesses, about 50 protesters were at the intersection of 39th and Third Avenue when the car drove rapidly towards the crowd.

Five protesters confirmed that the car driven by the woman had intentionally speeded up after people forced it to slow down.

However, the police spokesman said, "It is too early to say whether the accident was intentional or accidental."

The driver remained at the scene after the accident and was arrested, according to the same source.

"I tried to [stop] the car ... it slowed a little ... then it speeded up and I threw myself to the side," said demonstrator Angel Rivera.

"I saw people being thrown into the air (...) and it was definitely intentional," said a woman who identified herself only as Joy.

Another demonstrator, who refused to be named, confirmed to his family, "I thought I was going to die," expressing his frustration that the police officers who were surrounding the demonstration did not do anything to secure better protection for the demonstrators.

The incident was the latest in a series of such altercations between drivers and protesters in New York City and elsewhere in the US this year, with some motorists having responded to street-blocking demonstrators by plowing through them. Many of them have not faced legal consequences.