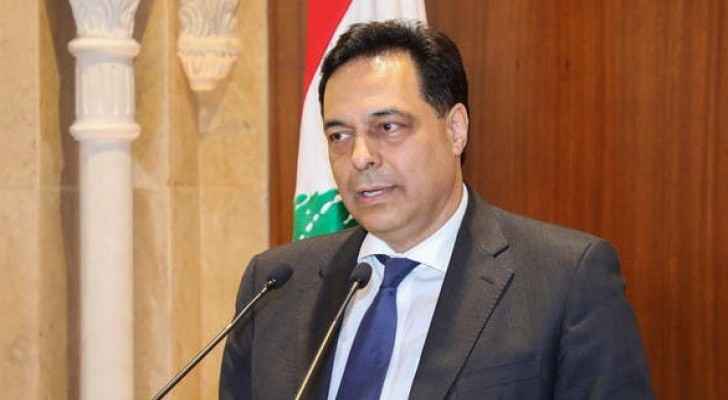 The lead investigator in the Beirut Port blast, Fadi Sawan, Thursday charged caretaker PM Hassan Diab and three former ministers with “negligence, and causing death,” in the highest-level indictments made in the Aug. 4 blast case.

Diab, along with former Minister of Finance Ali Hassan Khalil and the former labor ministers Ghazi Zaiter and Youssef Fenianos, allegedly “received several written correspondence warning them not to delay in keeping the ammonium nitrate in the Beirut Port campus."

The blast, which killed over 200 and injured more than 6,000, was the result of over 2,750 tons of ammonium nitrate stored carelessly for over six years.

In November, Sawan requested the Lebanese parliament investigate current and former ministers, saying that charging ministers would be out of his jurisdiction, and any indictments would have to come from the Supreme Council for the Prosecution of Presidents and Ministers.

Diab, who resigned days after the blast, was allegegly notified of the presense of the ammonium four times. He holds the premiership in a caretaker capacity until PM-designate Saad Hariri can form a new cabinet, made difficult under the demands of Lebanon’s secretarian system.

Commenting on the charges, Diab said Thursday that his "conscience is clear."

The charges mark the first major indictment in the four months since the blast, with only low- to mid-level officials having been detained thus far, a fact that has infuriated many Lebanese who know little more about the blast now than they did in August.

The indicted are set to be questioned next week.