Army kills at least one, injures several in narcotics bust

Army kills at least one, injures several in narcotics bust 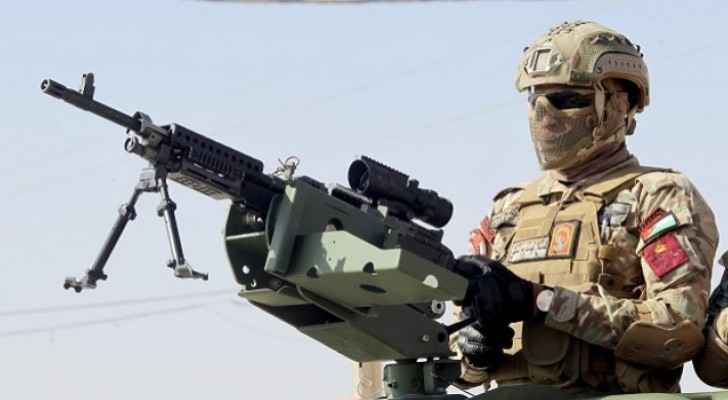 The Jordanian army announced in a statement Friday that it had thwarted the smuggling operation of drugs from its northern border with Syria, and killed and wounded "a number of smugglers" while trying to cross the border.

The statement quoted a military source in the General Command of the Jordanian Armed Forces - The Arab Army that "the Eastern Military Region, in coordination with the Drug Enforcement Administration, thwarted the attempt at dawn of Friday (...) an attempt to infiltrate and smuggle a quantity of drugs from Syrian lands to Jordanian lands.

He added, "The rules of engagement were applied, which led to the killing and wounding of a number of them while trying to cross the border, and the rest of the infiltrators retreated towards Syrian territory."

The source explained that "after inspecting the area, 1942 slabs of hashish, 19,500 Captagon pills and a small package of Crystal Methamphetamine were seized."

He stressed that "the Jordanian Armed Forces will deal firmly and decisively with any infiltration or smuggling attempt to protect the borders and prevent those who beg to tamper with the Jordanian national security."

The Jordanian authorities often announce that they have thwarted drug smuggling operations on the border with Syria.

The Ministry of the Interior asserts that 95 percent of the drugs seized are intended for smuggling abroad.

The punishment for drug trafficking in the Kingdom is imprisonment for a period ranging between three and 15 years, depending on the quantities seized, and possession and abuse carry a sentence of three years in prison.