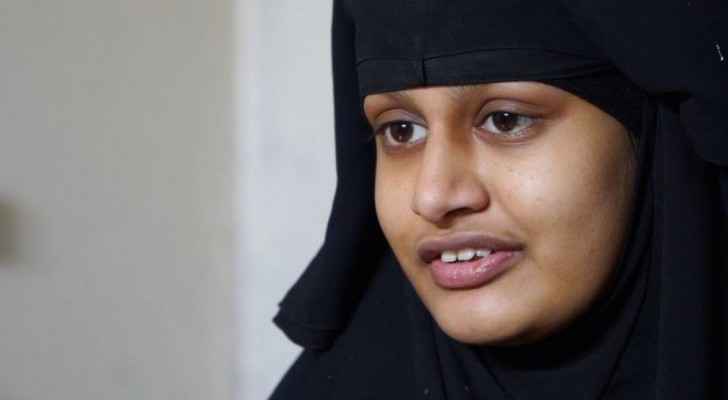 The United Kingdom Supreme Court will this week decide if Shamima Begum, a former UK citizen who was stripped of her nationality after moving to Syria to join Daesh, will be permitted to return to her home country to appeal the decision.

In July, a lower British court ruled that Begum, who is currently at Al Hol refugee camp in Syria, should be allowed back.

But others did not agree, arguing her return constitutes a serious security risk.

“There is no basis for concluding that the risks that she poses can be managed in a satisfactory way (...) National security is seriously put at risk. Allowing the substantive appeal would represent not an application of justice but an affront to justice,” said UK Home Office’s Sir James Eadie QC.

Extracts from the MI5 assessment regarding the dangers posed by the return of any individual who has joined IS were read out Monday, following the beginning of the hearing which took place to challenge the decision of Begum’s citizenship revokement, which denies her entry into the UK.

According to the Guardian, Eadie told courts assessments gauged that Begum shows serious threats that “[justify] the removal of her British citizenship and (...) the placing of serious impediments in the way of her return to the UK.”

He added, “She is assessed to pose a real and current threat to national security. She is aligned with [Daesh]," indicating that Begum has spent four years in IS territories leaving her exposed to radicalization.

M15 assessment excerpts claimed that individuals who lived under the ‘so-called caliphate’ were indeed exposed to “desensitizing acts of brutality” and glorification of weaponry.

Additionally, non-combatants in these camps, including women and children “regularly carried weapons and received (...) military training,” according to reports.

During the Supreme Court hearing, it was stated that allowing Begum to return may expose the UK to increased risks of others to carry out terror attacks in the UK, especially if “indoctrinated” individuals who have spent time in Syria are given permission to return.

Begum stayed loyal to Daesh until the very end and no regrets were shown, said Eadie.

Begum, now 21, has actively been challenging the decisions taken by the Home Secretary to revoke her citizenship. Activists claim that she was underage, oblivious and was a victim of grooming.

According to the Guardian, Begum’s representative, Lord Pannick QC told the Supreme Court “Miss Begum cannot play any meaningful part in her appeal [while in Syria],” therefore granting her permission to return to the UK will be the only fair route to ensure just participation.

Begum is one of hundreds of Western citizens held in Syrian camps. As such, the court case will likely set a precedent for other countries on the return of Daesh-affiliated citizens, a question that has largely been unanswered since the destruction of the militant group.