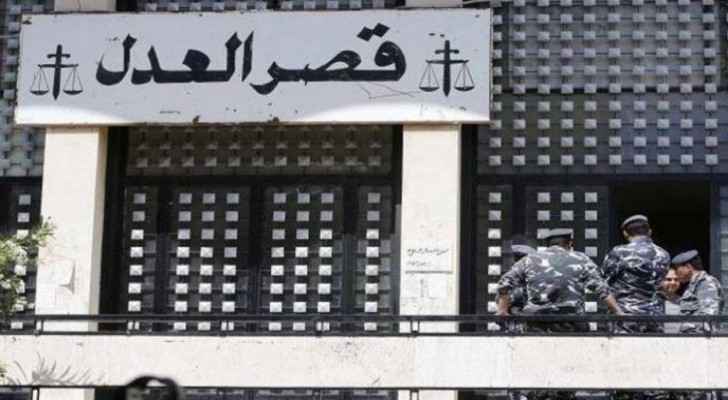 A total of 69 detainees escaped from Baabda prison in Lebanon in the early hours of Saturday morning.

Security forces were able to track down fifteen prisoners with four others turning themselves in. Five others were killed in a car accident after stealing a vehicle and driving into a tree. One person survived the accident and was taken to the hospital for treatment.

Investigations are ongoing and searches are underway to arrest the remaining 44 fugitives, the statement said. Strict security measures have been imposed in and around Baabda, including the vicinity of the Presidential Palace.

The Public Prosecutor in Mount Lebanon Ghada Aoun told AFP that an "immediate investigation" had been launched to look into in incident. The possibility of cooperation between the prisoners and guards in charge has not been eliminated.

The Acting Government Commissioner of the Military Court Fadi Akiki met with security officials and officers, and examined the site from which the prisoners escaped and the location where the car accident took place.

Some prisoners and detainees’ relatives gathered near the Palace of Justice in Baabda hoping to find out what happened to their family members, according to AFP.

Joumana Berjawi, a mother of a 22-year-old who was arrested six months ago for attempted murder said her some was among those who escaped but she turned him in after he got home. “He told me that they broke the prison doors and ran away. He has nothing to do with it. He did as the youth asked him and ran with them.”

The Lebanese Presidency's official Twitter account called for intensive searches for the escaped prisoners in order to arrest them.

The incident took place as prisoners and detainees across the country are demanding an amnesty provision that would release thousands of Lebanese prisoners. Prisons and detention centers in Lebanon are experiencing extreme overcrowding, which is worrying amid the coronavirus crisis.

Lebanon recorded 113,614 COVID-19 cases and 884 deaths since the outbreak of the crisis in February. Total lockdown measures are currently being implemented in the country until the end of November to prevent further spreading of the virus.

Man jailed for using Facebook to sexually exploit minor in ....