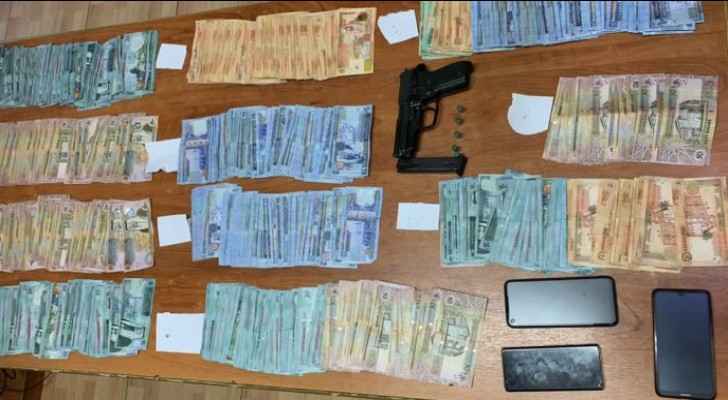 The Criminal Investigation Department at Public Security Directorate (PSD) arrested two people who stole JD 60,000 from a restaurant employee Monday. The police managed to retrieve the whole amount and seize the firearm used during the robbery.

The media spokesperson for the PSD said someone reported a robbery to the South Amman Police Department. They said JD 60,000 were forcefully taken from an accountant who works in a restaurant in Amman.

The employee was driving a vehicle with the money when he was asked to take someone to the hospital, claiming he was run over by a car. Two people got into the vehicle, held him at gunpoint and stole the money.

Investigation teams identified the two individuals, who were arrested along with a third person who got involved after the crime was committed.