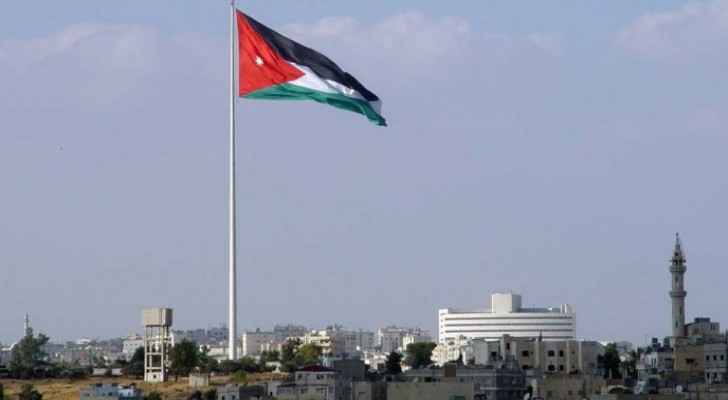 In a statement Saturday, the Jordanian Ministry of Foreign Affairs condemned the re-publication of the cartoons insulting to the Prophet Muhammad "under the pretext of freedom of expression," condemning at the same time "any attempt to link Islam with terrorism."

The statement quoted the ministry’s spokesman, Dhaif Allah Ali Al-Fayez, as saying, “The Kingdom condemns the continuing publication of such cartoons and (expresses) its deep dissatisfaction with these practices that harm the feelings of nearly two billion Muslims and constitute a clear targeting of religious symbols, beliefs and sanctities and a flagrant violation. For the principles of respect for others and their beliefs.”

Muslims demonstrated to express their anger after the French satirical magazine Charlie Hebdo published caricatures of the Prophet Muhammad years ago, and then reprinted them on September 1 at the start of the trial sessions of the alleged accomplices of the perpetrators of the attack that targeted the newspaper’s offices in January 2015, killing 12.

Fayez believed that "these abuses feed the culture of extremism and violence condemned by the Kingdom," stressing the need for the international community to reject insulting religious sanctities and symbols.

He also affirmed, "Jordan condemns any misleading discriminatory attempts that seek to link Islam with terrorism, falsifying the essence of the true Islamic religion."

He said, "What the international community wants today in the midst of many dangers threatening all of humanity is more solidarity, solidarity and convergence, not feeding on sectarian, religious or ethnic divisions reasons."

On the other hand, the Islamic Action Front, the political arm of the Muslim Brotherhood and the most prominent opposition party in Jordan, condemned "the re-publication of the cartoons offensive to the Prophet Muhammad and President Macron's statements against Islam, and the systematic targeting of mosques and Islamic organizations by the French authorities."

In the statement, the party called on the Jordanian government to "take diplomatic and practical measures that go beyond the ceiling of statements of condemnation in the face of these provocative practices."

The party praised the "campaigns calling for a boycott of French goods," calling for "intensifying them to spread to the Arab and Islamic world."

The party also called on French President Emmanuel Macron "to apologize for his offensive statements to Islam and our honorable Messenger and his attempts to link terrorism with the Islamic religion, in response to isolated individual practices that do not represent our true religion."