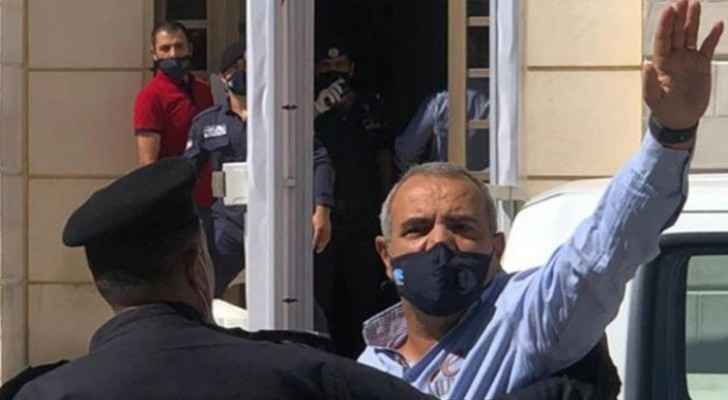 The civil society coordinating coalition, HIMAM has called for an immediate release of the cartoonist, Emad Hajjaj.

HIMAM said in a statement: "We refuse to refer the artist Hajjaj to the State Security Court and hold him accountable under Terrorism Prevention Law, stressing that what he was subjected to is a violation of his constitutional rights, and the destruction of international treaties that Jordan has ratified and that safeguards freedom of expression."

HIMAM expressed its concerns over the procedures that were followed with Hajjaj, the most important of which is his detention and keeping him in custody at the Cybercrime Unit the entire night before presenting him to the Amman Public Prosecutor. However, without hearing Hajjaj's statement, the judge immediately referred the case the Attorney General of the State Security Court, without giving Hajjaj's lawyer the opportunity to attend the hearing.

HIMAM criticized Jordanian authorities for limiting freedom of expression and it demanded an immediate release of all activists and teachers who have been arrested for expressing themselves.

The government’s measures to limit the freedom of media has made it lose its credibility, an example being how local media was not allowed to cover anything that had anything to do with the suspension of the Jordan Teachers’ Syndicate, said HIMAM.

It added that the continuation of such policies will lead to Jordan's decline in the press freedom index.

Pioneer cartoonist Zaki Shakfa to be laid to ....

Pioneer cartoonist Zaki Shakfa to be laid to ....

Pioneer cartoonist Zaki Shakfa to be ....

Protests over the arrest of cartoonist Emad Hajjaj

Protests over the arrest of cartoonist Emad ....

Protests over the arrest of cartoonist Emad ....

Protests over the arrest of cartoonist ....