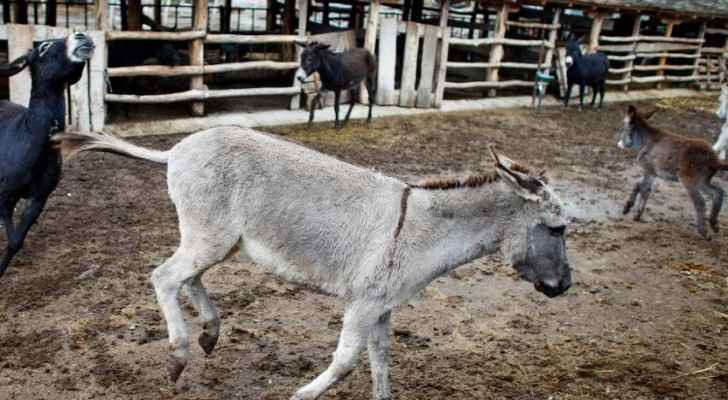 As donkeys in Jordan face extinction, trade for its milk and cheese products are flourishing in many regions of the world.

An official at the Ministry of Agriculture said the reason behind the decrease in the number of donkeys in Jordan is due to societal development.

Warnings about the extinction faced by donkeys in Jordan have increased as their numbers continue to decrease, particularly the local donkey, which is most at threat.

However, production of donkey products has become a profitable economic activity in many countries in the world, such as Iran.

In some regions in Iran, the donkey has become a producer of milk, cheese, oil and meat, and people have started to benefit from skin products - even using its faeces in traditional medicine, sold at very high prices.

Recently, donkey farms have spread in Iran due to the variety of its products and the low costs of raising them compared to other animals there.

In Serbia, a farm produces what is believed to be the most expensive cheese in the world which is made of donkey milk. One kilogram of it is sold for $1,328.

The cheese is characterised by its white colour and rich taste, in addition to its health benefits, but one kilogram of it requires 25 litres of donkey milk, according to The Economic Times.

A cheesemaker, Slobodan Simic, said donkey milk is believed to have similar properties to a mother's breast milk, and it is also a treatment for some diseases, such as asthma and bronchitis.

Donkey milk is very protein-rich, and the United Nations has recognised it as a good alternative for those who suffer from allergies to cow's milk.