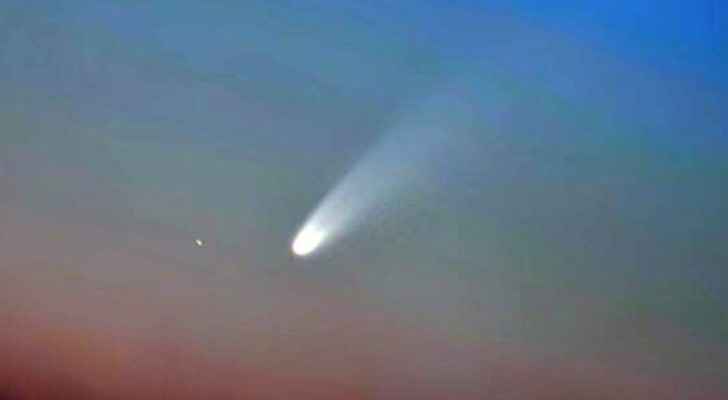 The Neowise comet appeared in the sky over Jordan in the early hours of Tuesday morning and will continue to be visible throughout the week.

Named Almothanab Al-Emlaq in Arabic – translated to "Giant Comet" – has a visible tail due to gases that evaporate from the icy nucleus core and is visible across the world.

Neowise will appear in the sky shortly before sunrise every day until Thursday, said the head of the Crescents Department, Imad Mujahid.

It appeared on the north-eastern part of the sky in the constellation of Ayuq near the Kabila star, said Mujahid.

The comet will then disappear until the second half of July but will reappear in the north-western part during the hours shortly after sunset, he said.