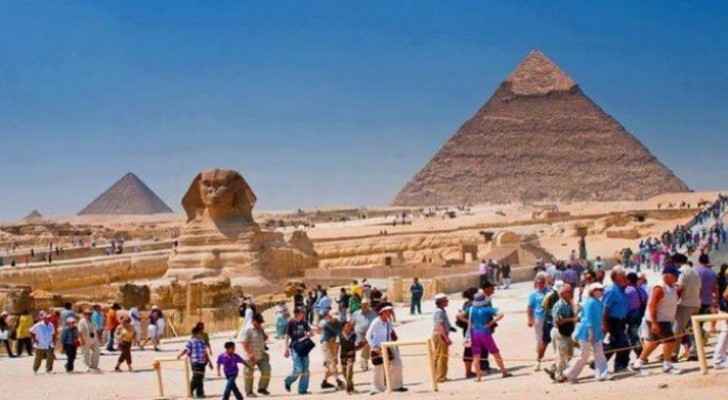 Egypt plans to reopen airports on a national level for organized air travel starting from July 1, after nearly three months of lockdown due to coronavirus, declared the Egyptian Minister of Civil Aviation, Mohammad Manar.

In a press conference attended by the Egyptian Minister of Tourism and Archeology, Khaled Anani, Manar said "I am happy to announce that, on the 1st of July, airlines will resume work gradually between Egypt and countries that have reopened their aerial borders for flights," confirming that all airports will be open.

As a precautionary measure against COVID-19, airlines in Egypt have been closed since March 19.

On a different note, Anani announced "resuming local and international tourism in governorates that witness the least COVID-19 cases," pointing to governorates of the Red Sea, South Sinai, and Matrouh.

Further, Anani clarified that "these governorates were chosen because they are coastal and are located far from dense urban areas."

The tourist visa requirement has been canceled from July 1 to October 31, in an attempt to encourage tourists to choose Egypt as their destination.

In addition, 232 hotels were given license to resume work with strict regulations, given that the license for hotels which violate the mentioned regulations are revoked.

The Minister of Tourism and Archeology said that archaeological areas and museums will not reopen at once, stating that, "the Ghardaqa museum will be the first to reopen on the 1st of July."

Since the end of May, Egypt has been recording more than a thousand cases daily, as out of 43,000 COVID-19 cases, 1,484 deaths have been recorded. Thus, on Thursday, June 11, the Minister of Media Affairs in Egypt announced the extension of the nighttime curfew for another two weeks such that it starts at 8 pm and ends at 4 am.