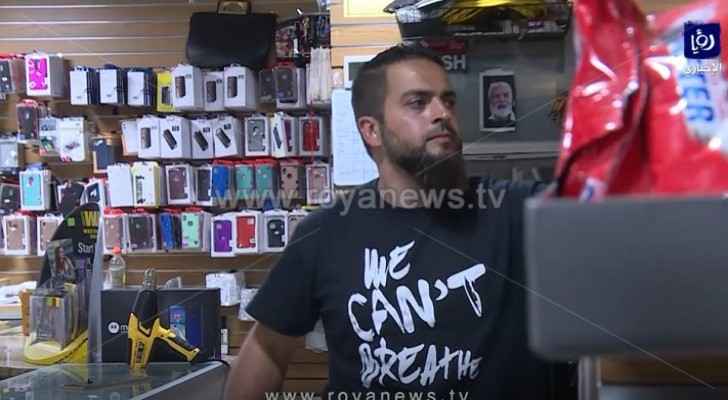 George Floyd's killing by a Minneapolis policeman, which took place on May 25, has triggered widespread anti-racism protests across the US.

Floyd, 46, died after being arrested by police outside a shop in Minneapolis, Minnesota.

Footage of the arrest showed the police officer, Derek Chauvin, kneeling on Floyd's neck while he was pinned to the floor.

Roya's correspondent in the US interviewed the owner of the shop that Floyd last went to before he was killed. Here's what the shop owner, Mahmoud Abu Mayyaleh, told us.

"The story began with a report of a counterfeit $20 bill.

On the evening of May 25, Floyd bought some stuff from the store and presented a fake $20 bill.

The clerk didn't realize that the $20 bill is fake until after Floyd left the store.

The employee made a call to 911 to report the incident. Shortly after the call, two police officers arrived. Floyd was still there outside the shop as the officers handcuffed him."

James Mchenry, one of Floyd's neighbors, said "the police officers handcuffed Floyd and pushed him into the ground, where one of them kneeled on his neck until he died. The officer kept his knee on Floyd's neck two to three minutes after he died."

With the Trump administration branding instigators of six nights of rioting as domestic terrorists, there were more confrontations between protesters and police, and fresh outbreaks of looting.

On late Sunday, May 31, violent clashes erupted repeatedly in a small park next to the White House, with authorities using tear gas, pepper spray and flash bang grenades to disperse crowds who lit several large fires and damaged property.