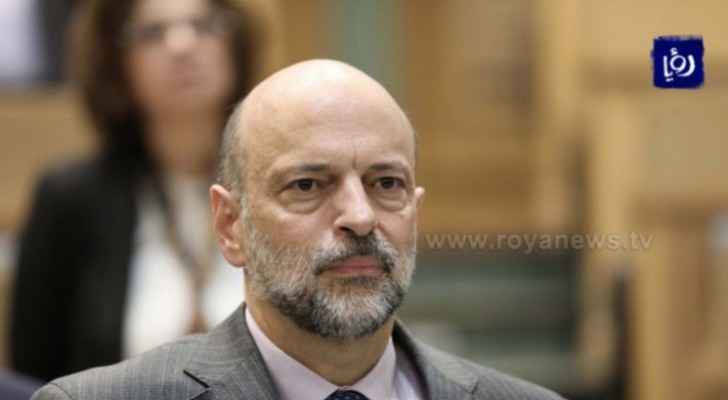 The Jordan Strategy Forum (JSF) on Tuesday hosted Prime Minister, Omar Razzaz, in a teleconference meeting that brought together members of the forum to discuss the latest developments pertaining to the COVID-19 crisis and the reopening of the national economy.

Razzaz detailed the Kingdom's response to the pandemic saying the state's performance during the crisis has been more than good and that the immediate action taken spared the nation additional infections and deaths.

"Our performance in Jordan at all levels, and under the guidance of His Majesty King Abdullah II, was more than good as we took quick measures and decisions that enabled us to overcome the health consequences of the disease and directly move into the adaptation stage, preparing for recovery and resilience," the prime minister said.

"The question now is whether we are ready for the next stage of economic repercussions or not," he said, stressing that it requires more consultation to take the needed measures and in cooperation with everyone.

In this regard, the PM pointed out to JSF’s important role as a communication platform with the private sector to come up with studies on policies and procedures the government needs to proceed with.

"It is also important to get in touch with the advisory council for economic policies, the Economic and Social Council and other research bodies to help build our decisions based on data and facts" he added.

On the details of managing the coronavirus crisis, Razzaz stressed that the first phase focused on the immediate response to curb the spread of the disease, by taking decisions and procedures with the public health as a priority, through imposing a total lockdown, enforcing defense orders, providing essential needs for citizens in addition to developing mechanisms for random testing, epidemiological investigating, partial closure, and developing quarantine and treatment mechanisms.

"The three scenarios designed to deal with crisis were based on the capacity of the Jordanian health system, which can handle up to 200 cases per day, but on the human level, we avoided going to this scenario of high deaths, putting an alternative one that bears about 150 cases per day" he added, saying that the strict curfew measures during the first three weeks had a major role in limiting the spread of the virus, and having zero cases over a period of more than a week.

As the Kingdom moves towards the recovery stage of its coronavirus crisis, the PM emphasized that everyone should understand the difficulty of the next stage, saying "there is no turning back, so whenever we are able to cope and adapt, we can move to the stage of recovery and true resilience of the Jordanian economy".