No COVID-19 infections among CDD personnel

No COVID-19 infections among CDD personnel 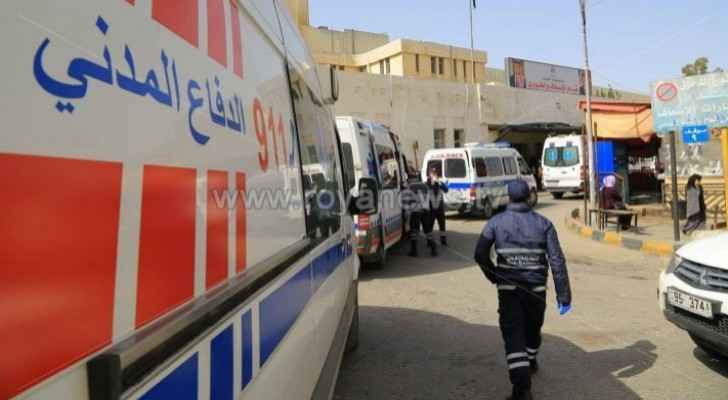 No coronavirus cases have been recorded among the various units of the Civil Defence Directorate (CDD), although some personnel were placed under a 14-day quarantine period as a precautionary measure, according to Director Brig. Gen. Anwar Tarawneh.

Tarawneh added that after the security agency was recently merged with the Public Security Directorate (PSD), and amid the COVID-19 pandemic, all PSD resources were pooled for the CDD "to ensure it offers the best humanitarian service to the public."

Since day one of the crisis, he said, 46 special teams were equipped to respond promptly to suspected infections nationwide, each with an ambulance, a crew of trained paramedics, public safety gear and sterilizers to deal with such cases, in addition to a backup facility comprising 28 vehicles that stand by to respond promptly.

Tarawneh said that the teams' mission is to deal with suspected cases or cases reported by the concerned agencies, so they transport patients to the designated hospitals, and then the ambulance crew immediately disposes of all the safety gear they wear inside the hospital and then disinfect and sterilize the vehicle.

Since the outbreak, he said, the CDD has dealt with more than 275,000 various medical emergencies and 17,000 dialysis patients, noting that the medical ambulance evacuation rate has risen during the pandemic to 8,000-10,000 per day from a normal daily rate of about 1,000.

He added that logistical support and equipment provided by the PSD have largely impacted the CDD crews' performance as they work around the clock.

Also read: Lockdown on 4 out of 7 buildings in Irbid's northern neighborhood lifted