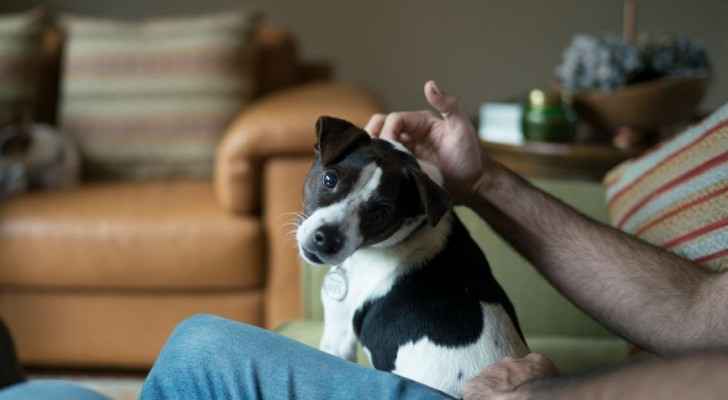 Animals shelters across the United States are emptying out thanks to the coronavirus pandemic, as people confined to their homes are adopting or fostering animals in droves.

"We've never seen anything like this," said Kitty Block, president and CEO of the Humane Society of the United States, which partners with some 400 shelters nationwide.

"The fostering and adoptions have just been through the roof," she told AFP. "Every shelter is reporting out the same thing. It's amazing to see how many lives have been saved."

Block said as the COVID-19 outbreak took hold, shelters -- many of which were forced to close because of stay-at-home orders -- launched adoption appeals, and the response has been overwhelming.

Dogs, cats, rabbits, guinea pigs and even hens have found homes, as people all over the country look for pets to help them cope with confinement.

"We've always talked about having a dog, but it was never the right time until now," said Jalene Hillery, a teacher who lives in San Diego, California, and who recently adopted Mason, an American pit bull, from the local shelter.

She said the fact that she and her husband, as well as their two young sons, are home has allowed for a smooth adoption, given that they have time to care for the dog and help him adjust to his new home.

"We get to connect with him, train him, and that's really been fun," she told AFP.

Hillery said Mason has also proven a great companion for her boys, aged 9 and 11, who are missing their school friends and needed something to help ease anxiety.

"The dog is filling a need... and is able to provide comfort and love and play," Hillery said. "He's definitely filled the void in our home that we didn't even know existed.

"It's almost like it's too good to be true."

Shelters nationwide, from Wisconsin to North Carolina and Virginia to Colorado, are reporting that the number of people fostering animals has also skyrocketed.

Sherri Franklin, founder of the Muttville Senior Dog Rescue in San Francisco, said she has never seen such an outpouring of support from the community in the 25 years she has worked in animal rescue.

"When the shelter-in-place order came down (in March), we had 86 dogs in our care, and we moved them all to foster homes in 48 hours," she said.

Franklin said adopting or fostering a pet during these unusual and stressful times is beneficial for both animals and humans.

"Adopting a dog during this time is an equal win for both the dog... but it's even more so for the human that does need a reason to get up, and does need a connection in this world and does need something to alleviate isolation and stress," she noted.

For Sarah Chan, 25, who lives in the San Diego area with her partner Morgan Miller, also 25, adopting Silvia was a no-brainer after they saw the cat's picture on the local shelter's Instagram account.

"She's given us companionship and is a good distraction," said Chan, who works for a semiconductor company.

Lauren Amaral said she decided to foster two guinea pigs -- Ally and Emi -- as a way of helping her local shelter during these uncertain times and also for comfort.

"Having them just makes me happy. They bring me a lot of joy," said Amaral, 20, who plans to get a nursing degree. "Whenever I pet them, I just feel a lot better 'cause it is a stressful time, and these little pigs are just the sweetest girls in the world."

Poisonous sausages to be airdropped across Australia to ....

Poisonous sausages to be airdropped ....