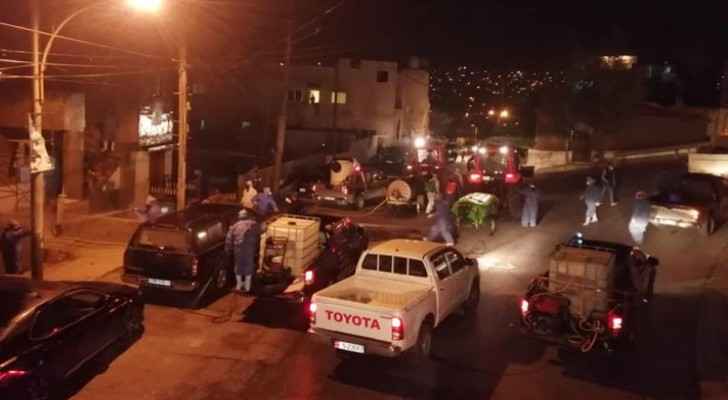 Photos and videos circulated on social media platforms showing city-wide sterilization campaign being carried out on Monday evening, April 6, in Al-Salalem area of Salt city, as the sixth confirmed death due to coronavirus is of a man residing in the area.

The sterilization campaign comes as a precautionary measure to prevent the spread of the virus in the city. During a press briefing, the Minister of Health announced the death of a person in his fifties after he was diagnosed with coronavirus, as he died at a private hospital in Amman.

During a special interview on Roya's "Nabd Al Balad" program on Monday, the official overseeing coronavirus in the northern governorates, Wael Hayajneh, explained that the patient was admitted to hospital as he was in a critical health condition and he may have other chronic diseases.

He pointed out that all those who had contact with the deceased, including the medical personnel, will be tested and isolated.