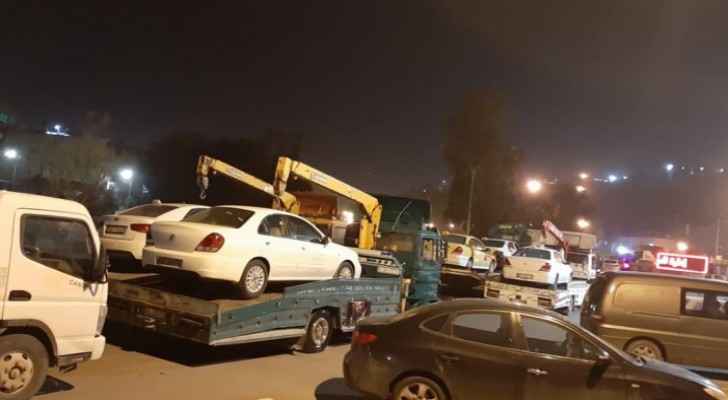 The media spokesman for the Public Security Directorate (PSD) said that since this morning, 273 vehicles have been seized and 341 violators were arrested for breaching the curfew orders.

The spokesman confirmed that the vehicles were reserved in the reservation yards in Swaqa and Muaqar areas, adding that the owners will bear all the financial charges for that when receiving their vehicles after a month.

He thanked people who committed to the instructions, stressing that there will be zero tolerance with all those who violate and neglect the security and safety of citizens.