JAF: All entrances to all the Kingdom's governorates to be shuttered as of tomorrow

JAF: All entrances to all the Kingdom's governorates to be shuttered as of tomorrow 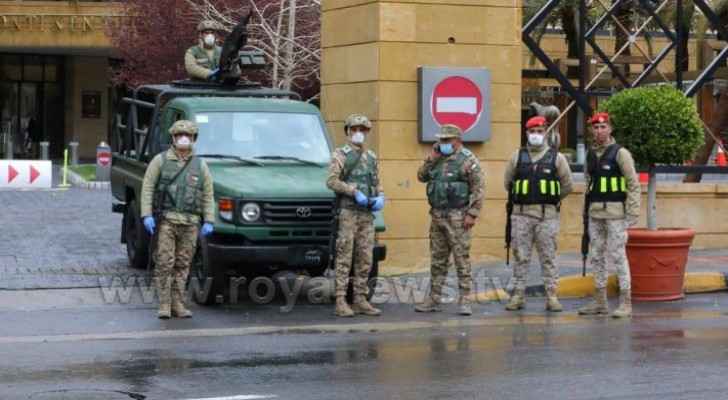 The Jordan Armed Forces-Arab Army (JAF) has announced a decision to shutter Amman, and all governorates of the Kingdom as of Thursday, 7:00 am and until further notice.

Under the Army decision, the inter-governorate movement will be barred, unless absolutely necessary.

The decision excludes people authorized by the concerned bodies known to the JAF, security services and people whose work nature allows them to enter Amman or the other governorates.

JAF calls on citizens to abide by all instructions issued by the armed forces at various times.

Also read: JAF: All crossing points from and to Amman to be closed tomorrow morning