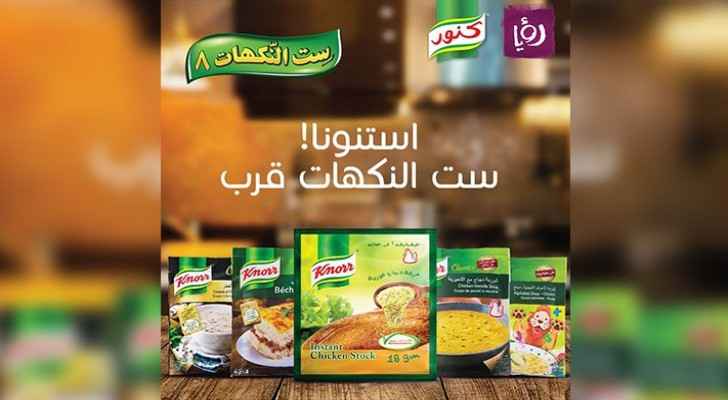 Auditions were held from 9:30 am to 8:00 pm. However, on the first day, 68 talented women attended the auditions, while the rest joined the second day.

During the auditions that were held in partnership between Roya and Knorr, the talented nominees presented a variety of delicious, tasty and wonderful dishes.

Out of the 120 nominees, 30 contestants were selected, where only one of them will be crowned "Sit El Nakhat" at the end of Ramadan.

"Sit El Nakhat" is a reality competition show broadcasted in Ramadan of each year on Roya screen, in which contestants compete against each other in culinary challenges for a chance to be crowned " Sit El Nakhat". They are judged by a panel of professional chefs; Chef Dima Hajjawi, Taimour Mauge and Saleem Naber.

"Sit El Nakhat" is one of the most famous cooking shows in Jordan for the past 7 years and one of the top watched shows during Ramadan.

Cooking & Conversations: Fatafeat cooks up a storm with ....

Cooking & Conversations: Fatafeat cooks up a ....

Cooking & Conversations: Fatafeat cooks up a ....