Cooking & Conversations: Fatafeat cooks up a storm with Roya TV

Roya TV is the brainchild behind “Latt Wa Ajen.” (Roya) 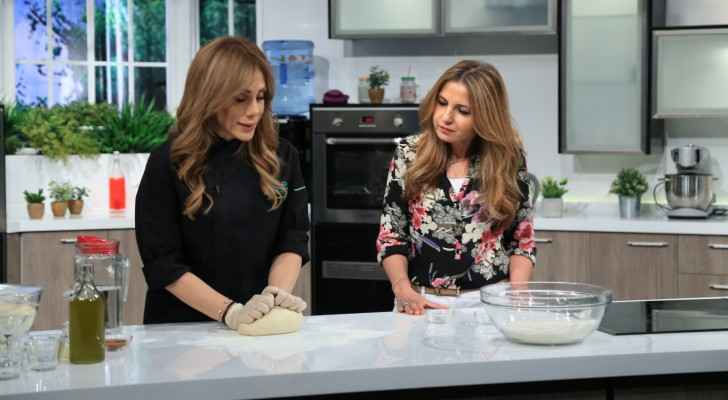 Cooking shows don’t have to be just about pots, pans and ingredients, at least not when it comes to side chatter.

The Middle Eastern food and lifestyle TV channel “Fatafeat” is already cooking up a storm with its new program “Latt Wa Ajen,” which translates into “flipping and kneading” dough. However, in Arabic slang, the phrase can be used to describe back and forth chit chat, and that’s the exact concept of this culinary delight.

In what is the first collaboration between Roya TV and Fatafeat, “Latt Wa Ajen” offers viewers the chance to listen to experts (from various fields) discuss juicy topics with Roya TV’s regional celebrity Chef Dima Hijjawi, while she whips up an international dish and “dish” out more information about its tasty origins.

The other theme of the show, as the title suggests, is all about kneading the perfect dough, which many home cooks often find difficult to perfect. Chef Dima offers tips and tricks on how to make flawless sweet and savoury doughs.

Roya TV is the brainchild behind “Latt Wa Ajen,” which was fully produced by Roya’s expert team and filmed at its state-of-the-art studios in Amman.

Two one hour-long episodes are scheduled to air every week. The first episode was broadcast on July 1, 2018.

Stay tuned for the second collaboration between Roya TV and Fatafeat this September 3, where you will feast your eyes on a new cooking show presented by Chef Daad Azar Abujaber, titled “Tabkha Alamiyyah” (International Dish).