Razzaz congratulates King on his birthday

Razzaz congratulates King on his birthday 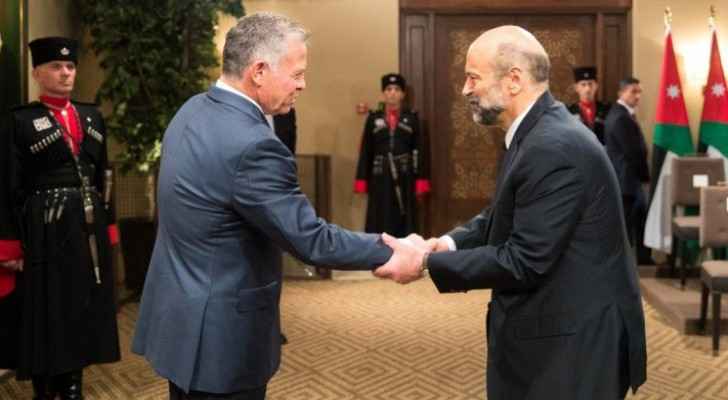 In two posts on his official accounts on Twitter and Facebook, Razzaz said "Jordan stands by the King, underlining Jordanians support to King Abdullah in his solid and firm position towards the Palestinian cause."

"On the national level, we always recall your royal directives to serve Jordan and Jordanians and improve the living conditions of citizens, especially empowering young people and unleashing their energies," he added.

He stressed, "We are sparing no effort to achieve your vision, and we have made progress in important issues in all sectors such as employment, export, tourism, information technology, agriculture, industry, citizen services in health, education, transportation, anti-corruption and youth involvement in public life."

"But our ambition is greater in achieving your vision, and your ambition, Your Majesty, is greater than what has been achieved. We will continue our quest for a better life for the Jordanian citizen. May God protect us in Jordan and Palestine and perpetuate the King of the Hashemites and their glory. Happy birthday Your Majesty," the Prime Minister concluded.

In interviews with a number of local radio stations, The premier also congratulated Jordanians on King Abdullah's 58th birthday, expressing his pride in the national cohesion between the leader and his people, and standing in line behind His Majesty on all issues, including external and regional ones.