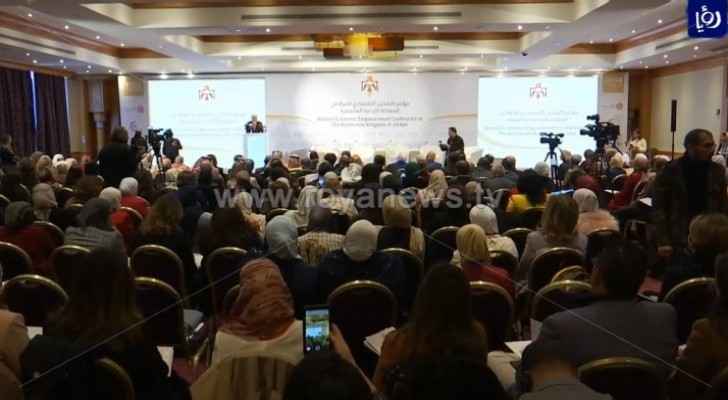 A two-day conference entitled "Women Economic Empowerment" conference has kicked off this morning in the Dead Sea, south of Jordan.

The conference seeks to mobilize, locally and regionally, a number of businesswomen, female owners of small- and medium-sized companies, policymakers, and representatives from the private sector, financial service entities and civil society agencies.

It also aims at highlighting the challenges that face women in the labor market and the needs of the companies owned by women in order to promote women’s role in the local and regional economy.

The conference will feature discussions, and knowledge exchange between all partners, to offer different opportunities for women’s economic empowerment in Jordan.

Within the framework of the joint work and cooperation between the legislative and executive authorities, female deputies met with the Prime Minister Dr. Omar Al-Razzaz in 2019. During the meeting, all parties agreed on the need to hold a national comprehensive conference concerned with empowering Jordanian women’s role in the economy to promote their participation in Jordan's economy, in coordination with the ministerial women’s empowerment committee.

However, women’s participation in Jordan’s economy is extremely low, as it has only reached 15.6% in 2018. In addition, only 4% of women are self-employed. The unemployment rate among women has reached 25.7 %, which is three times higher when compared to other countries.

Only 75.1% of women who receive benefits from the Social Security Corporation (SSC) work in Amman, the other 24.9% work in the other governorates. This is due to several factors, such as; social pressure, which makes the women work in a limited number of positions. This led to an imbalance between supply and demand since a high number of women are seeking traditional jobs.

In addition, studies have shown that social standard, the gender pay gap and the discrimination in the labor market between males and females are all major factors that hinder women’s participation in the labor force in Jordan.

During the conference, MP Wafaa Beni Mustafa has stressed the importance of the institution’s efforts to support Jordanian women’s empowerment in order to make women able to face challenges in the working environment.

“We, as MPs, pledge to support this conference’s output to provide social justice to all Jordanian women, since women empowerment only comes through genuine partnership in all different sectors to support females”, She added.

Deputizing for Razzaz, Minister of Higher Education, Dr. Mohyee Addin Tuq said that this conference is important to offer suggestions needed to help and support women’s role in sustainable development.

Slight rise in temperatures expected over next three days: ....