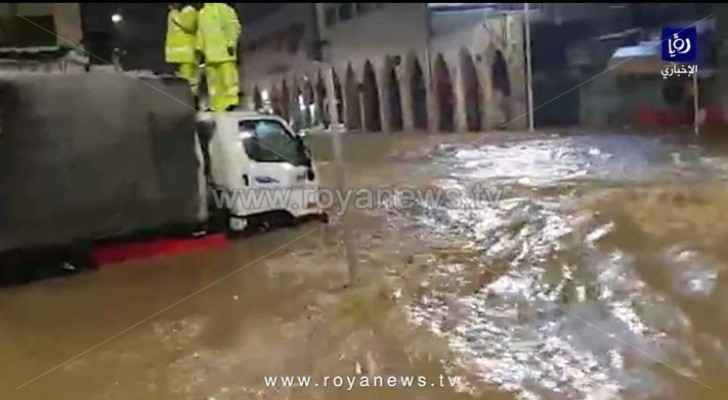 The Downtown Amman area witnessed heavy rainfall last night which led to the rise in water levels in the area.

In a special statement to Roya, spokesman for the Civil Defense Directorate (CDD), Iyad Al Amro confirmed that water has flooded shops and caused material damages.

He affirmed that no human injuries were reported.

Cadres of the Greater Amman Municipality (GAM) worked on reducing the high water levels, Al Amro said, adding that rescue and diving teams are fully ready to deal with any emergency.

He called on citizens to exercise caution, not to leave their houses in areas that witness heavy rainfall and stay away from water bodies.

The media spokesman also said that rainwater has raided some homes, with no casualties being reported.