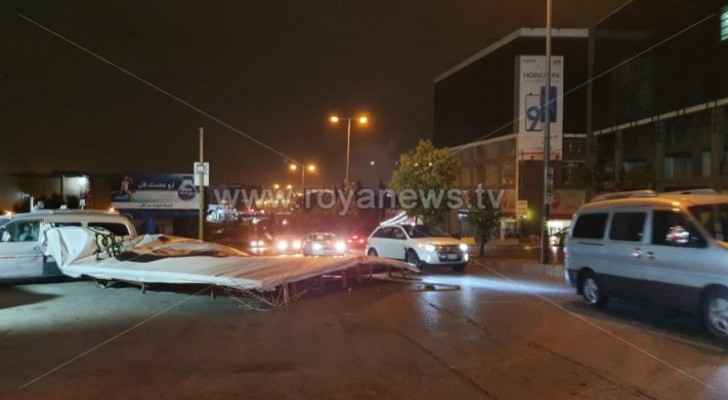 Strong winds that hit Amman last night caused a large billboard to fall on a main street in Al Yasmeen area, causing material damage to some properties and vehicles, according to Roya's correspondent.

Cadres of the Greater Amman Municipality (GAM) worked on removing the billboard from the street. Strong winds also caused parts of a tree to fall on a street near the Fourth circle area in Amman last night with no material damage being reported.

Last night and up until this morning, strong winds hit several areas of Amman and other governorates, as a third-degree weather depression is affecting the Kingdom.