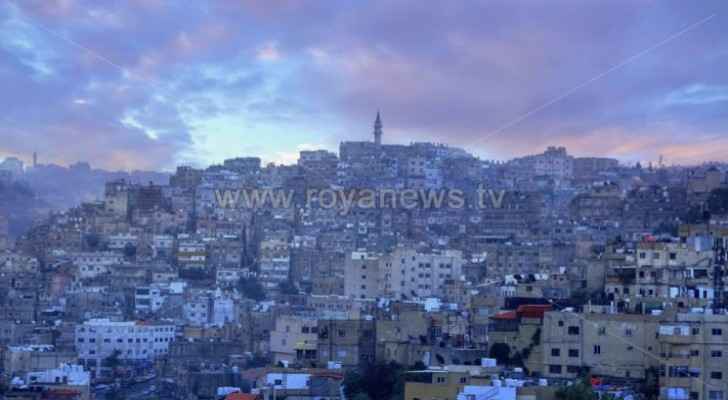 Today marks the winter solstice, as the sun has risen at 6:32 am and will set at 4:36 pm, marking the shortest day and the longest night of the year.

Following the first day of winter, days will start to become longer and nights shorter, until they become equal again on March 21, which marks the spring equinox in the northern hemisphere.

In Jordan, the winter solstice coincides with the start of marbaniyeh, the local name given to the 40 coldest days of winter, when the country typically witnesses several weather depressions.

Whether you're a fan of winter or you wish it would go, here are five things to know about the winter solstice, according to Mental Floss website:

The date of the winter solstice varies from year to year. The reason for this is because the tropical year—the time it takes for the sun to return to the same spot relative to Earth—is different from the calendar year.

Not only does the solstice occur on a specific day, but it also occurs at a specific time of day, corresponding to the instant the North Pole has aimed furthest away from the sun on the 23.5 degree tilt of the Earth's axis.

3. Winter solstice marks the longest night and shortest day of the year for the northern hemisphere:

As most are keenly aware, daylight hours grow shorter and shorter as the winter solstice approaches, and begin to slowly lengthen afterward. The day of the solstice is referred to in some cultures as the "shortest day of the year" or "extreme of winter."

Solstice derives from the Latin scientific term solstitium, containing sol, which means "sun," and the past participle stem of sistere, meaning "to make stand." This comes from the fact that the sun's position in the sky relative to the horizon at noon, which increases and decreases throughout the year, appears to pause in the days surrounding the solstice. In modern times, we view the phenomenon of the solstice from the position of space, and of the Earth relative to the sun. Earlier people, however, were thinking about the sun's trajectory, how long it stayed in the sky and what sort of light it cast.

5. Some thought the world would end on the 2012 winter solstice:

Some people feared that December 21, 2012, would mark the end of the world or some other cataclysmic event. Others took a newer Age-y view (literally) and believed it heralded the birth of a new era of deep transformation for Earth and its inhabitants. In the end, neither of these things appeared to occur, leaving the world to turn through winter solstices indefinitely, or at least as long as the sun lasts.