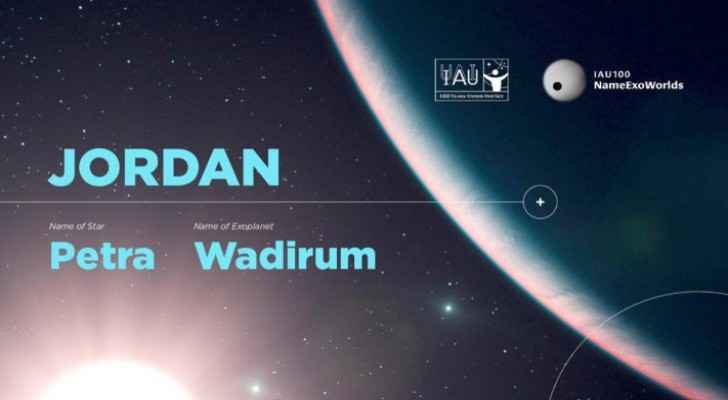 The International Astronomical Union (IAU) Tuesday named the star "Wasp-80" after the Jordanian city Petra, and the planet that orbits it after Wadi Rum.

The announcement was made at a world press conference in Paris on the occasion of the union's 100th anniversary commemorations.

In a statement to Petra, President of the Jordanian Astronomical Society and Chairman of the Jordanian National Committee for the vote, Awni Khasawneh, said the naming of stars and planets after Jordanian cities bears great importance on the historical, civilizational and tourist level.

The two cities will be "immortalized in the sky," he added, noting they will be kept within the global astronomical atlases and at various research centers.

Noteworthy, the IAU is the official accredited authority for naming stars, planets and celestial bodies. It's 13,500 members include academics and specialists in the field of scientific research in astronomy and astrophysics.

Jordan became a union member in August 2018 during a session held in Vienna, in the presence of 3,500 members representing different countries around the world.