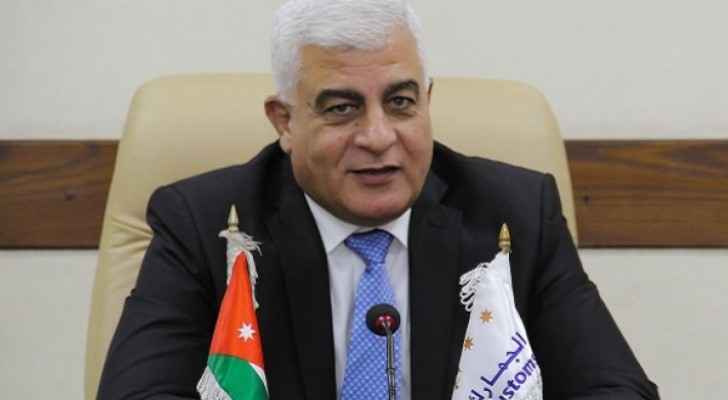 Head of the State Security Court (SSC), Military Judge Colonel Dr. Ali Mubaideen has agreed to release Wadah Al Hmoud, former Director-General of the Jordan Customs, one of the suspects involved in the "tobacco case".

Hmoud has been released on bail of a value estimated at JD100,000, yet he is still prevented from traveling and his movable and immovable property will remain in custody.

A source told Roya that Hmoud's lawyer had requested his release due to his health condition, as he has been referred to hospital several times while he was detained.

The public prosecution has charged the defendants Wadah Al Hamoud, Salem Al-Khasawneh, Wael Al-Smadi, Customs Officer and Free Zones official, Islam Ghidan, with accepting bribery for six times, as it was considered an economic crime based on the provisions of Article 171/1 and Article 169 of the Penal Code No. 16 of 1960 and its amendments and based on Article 3\C\2 of the Economic Crimes Act No. 11 of 1993

They were also accused of customs smuggling, which is considered as an economic crime in contravention of the provisions of Article 204 of the Customs Law No. 20 of 1998, Articles 203 and 206 of the same law, Article 76 of the Penal Code No. 16 of 1960 and its amendments and Article 3 of the Economic Crimes Law No. 11 of 1993 and its amendments.