Petra expected to record highest number of visitors in its history

Petra expected to record highest number of visitors in its history 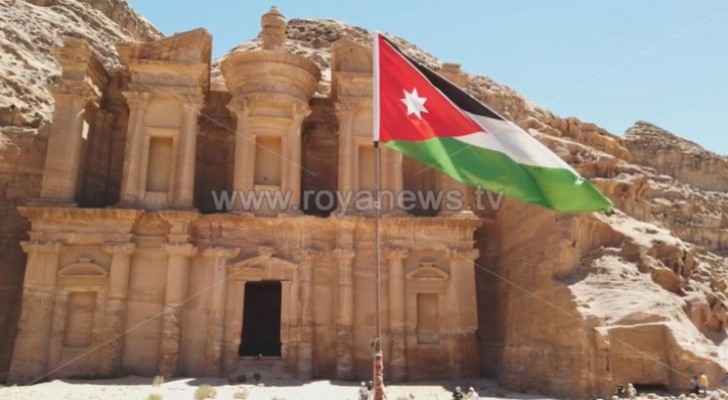 The number of visitors to the Rose City of Petra is expected to exceed one million by the end of November, according to Chairman of the Board of Commissioners of the Petra Region Authority, Suleiman Farajat.

Farajat explained that according to bookings made at hotels through tourism and travel agents, Petra has set a new record in the number of visitors, the highest in its history.

"The joint efforts between public and private authorities and the local community is one of the reasons for the increasing demand for visiting the ancient city," he added, pointing to the obvious increase of cruise ships and low-cost aviation tourism coming to Jordan.

He added that the city's active tourism movement helped in improving the commercial and economic sectors and brought new job opportunities in the tourism sector for the local community, as the number of local employees exceeded 2,000 people, the majority of which is in the hotel sector by more than 65%.

He also revealed that talks with members of a global hotel chain are being conducted to invest in a five-star hotel with 250 rooms in the next few months, while the Crown Plaza Hotel, owned by the Social Security Corporation (SSC), is expected to start receiving tourists again before the end of next year.

According to statistics issued by the Authority, the total number of visitors to Petra during the past ten months reached 889,372 visitors of various nationalities, compared to 656,828 visitors last year, which shows an increase of 35%.

Statistics have also indicated that around 137,789 people visited Petra in October 2019, including 125,796 foreign visitors. However, the number of Jordanian and Arab visitors reached 11,438, while around 555 school students visited the city.

When compared to October 2018, Petra received 96,414 visitors of various nationalities, including 85,149 foreign visitors and 1,128 Jordanian and Arab visitors.

The Petra Region Authority will soon launch an executive plan aimed at upgrading the level of services in Petra, which is considered as one of the most famous archaeological sites in the world and a global tourist destination.