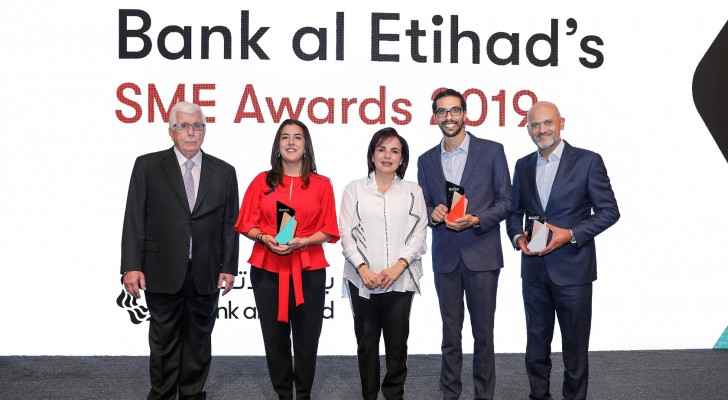 The ceremony was attended by participants from the entrepreneurial ecosystem in Jordan including entrepreneurs, innovators, media, invitees, and students from various Jordanian schools that were given the motivation to believe in their ideas and achieve their dreams through the creative and inspiring atmosphere.

Entrepreneurship, SMEs, and women are a big part of Jordan's future. They are among the most important sectors supported by Bank al Etihad as they drive economic development, create new jobs, and strengthen market competition through their creative ideas, leadership, and projects.

Launched in 2014, Bank al Etihad’s SME Awards has so far embraced and nurtured 18 winners who were also a part of this year’s final award ceremony.