No Jordanians among victims of Saudi bus crash

No Jordanians among victims of Saudi bus crash 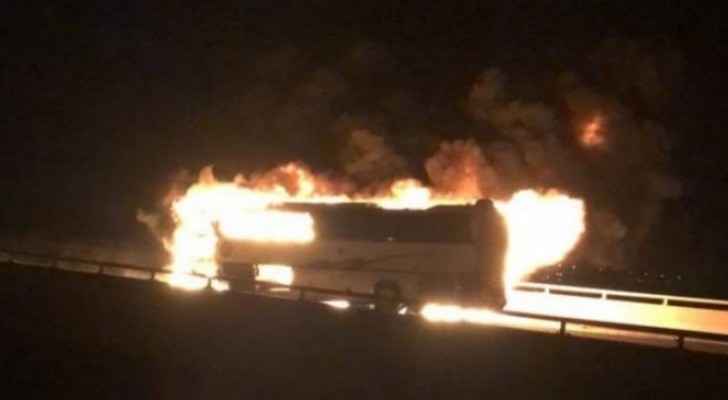 There were no Jordanians among the victims of the pilgrims' bus that crashed near the holy city of Medina in Saudi Arabia late Wednesday, October 16, 2019, the Jordanian Ministry of Foreign Affairs and Expatriates announced today.

The Ministry’s Operations Center said in a statement that the Ministry has been following up on the accident and according to the Saudi authorities' statement, the bus was carrying Asian and Arab pilgrims, of which security measures to identify their identities are still underway.

The statement has also confirmed that until this morning, the Ministry has not received any notice or report indicating that there were Jordanians on board of the crashed bus.