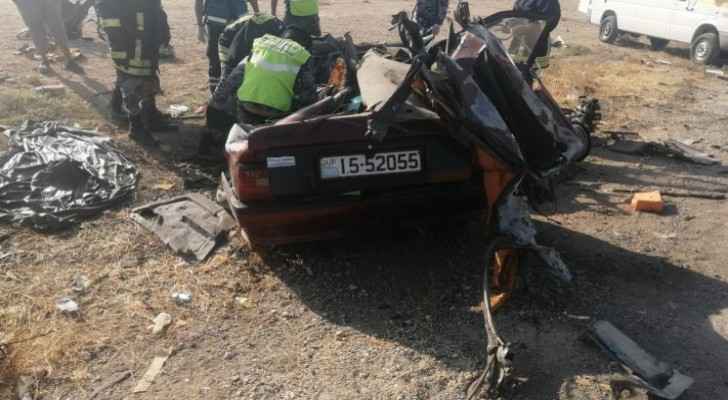 Four people have died this morning in a road accident that took place on the Desert highway near Karak bridge, a source at the Civil Defense Directorate (CDD) said.

The source added that a car has collided with a truck near Al-Qatraneh area, where cadres of the Karak Civil Defense Directorate rushed to the site to provide the necessary first aid to those who were injured due to the accident, yet four of them died immediately as they suffered serious injuries.

However, one more person has suffered various injuries and bruises.

The source indicated that the security patrols are currently at the site of the accident in order to reopen the road.

The deceased and the injured have been referred to the Karak Government Hospital, where the injured's health condition was described as moderate. Domestic worker crushed to death in ....