Electricity prices not to be raised, government works on cost reduction

Electricity prices not to be raised, government works on cost reduction 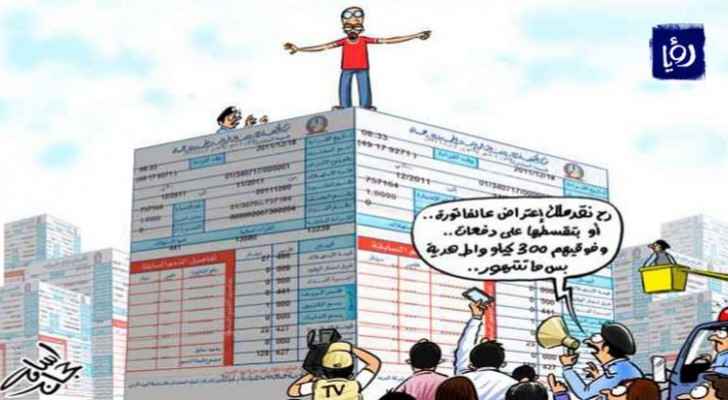 State Minister for Media Affairs Jumana Ghuneimat announced on Tuesday, July 30, 2019, that the government will not raise electricity prices in the coming period, noting that all government energy-related plans are now focused on cost reduction.

A cabinet-commissioned team is finalizing a national economic reform program focusing on achieving growth and stimulating the local economy, in partnership with the private sector and the legislative authority, as well as civil society institutions, Ghuneimat said during a meeting with official media outlets.

Ghuneimat, who is also the government's official spokesperson, said the prospective reform program will be an important element in negotiating with the International Monetary Fund (IMF) because it will present a clear strategy for the Jordanian economy following the second review with the Fund.

On efforts to upgrade public services, Ghunaimat stressed that the Government is moving in a gradual and well-thought strategy to develop the level and quality of education, health and transport services.

Turning to the Palestinian cause, the minister emphasized that the Palestinian cause remains central to Jordan and is linked with top Jordanian interests, affirming that finding a just and comprehensive solution to the conflict is the only way to bring about peace and stability in the Middle East.

Ghunaimat stressed that Jordan would not accept any compromise, project, deal or solution that would cancel the legitimate right of Palestinian brethren to end the occupation and full Israeli withdrawal from all territories occupied in 1967.