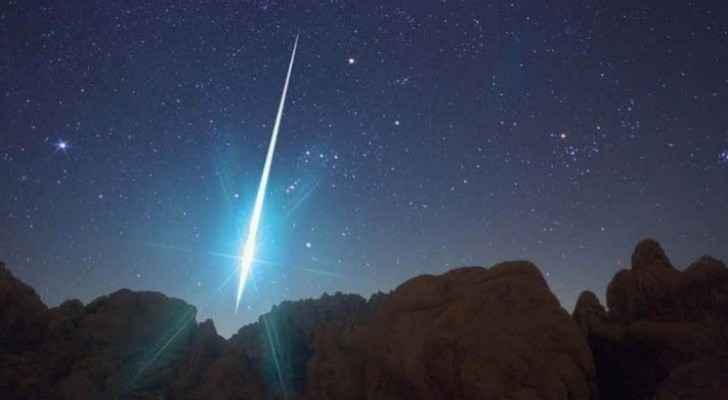 Whatever you have planned the next couple of days, make sure it's outdoor.

A dazzling annual meteor shower is set to sparkle across the night sky of Jordan.

Astronomer Emad Mujahed said that Jordanians will be able to spot at least 20 shooting stars per hour, adding that the sky shower will peak on Sunday, July 28, 2019.

Viewing conditions will be ideal as the moon will be at the end of its phase that night, which means "its darkened face won't add any glare that can otherwise drown out fainter meteors."

After midnight is the best time to spot the sky show, Mujahed said.

He added that Perseid meteor shower, which is one of the best light shows of the year, is also expected to light up the skies of Jordan as of the first of August, until the 23rd.

Stargazers will be able to spot about 100 shooting stars per hour, while the meteor shower will peak during the dawn of the 11th, 12th and 13th of August.

But where are the best places in Jordan to spot the meteor shower?

1. Your rooftop (or any rooftop) Obvious as it may sound, your rooftop or any rooftop will make a good sighting spot for the meteor shower.

Not only is this historical site romantic at night, but it’s located on top of a mountain, bringing you “closer” to the sky, and away from the distracting lights of the city. In the beautiful pink desert of Wadi Rum, it’ll be just you and the intense darkness: an ideal location for maximum visibility. Another mountain spot, except it is a religious site located in Madaba. For those religious ones, you can wonder about God’s greatness while taking in the beauty of his creations: the meteors. Located deep in Jordan’s eastern desert, the castle is located in a remote area, so you can enjoy the silence while indulging in the spectacular shower.

5 Ideal spots to watch the Leonid meteor shower in Jordan